By David Shepardson and Andrea Shalal WASHINGTON (Reuters) - President Donald Trump said on Friday he was ordering U.S. companies to look at ways to close their operations in China and make more of their products in the United States instead, a rhetorical strike at Beijing as trade tensions mounted. Trump cannot legally compel U.S 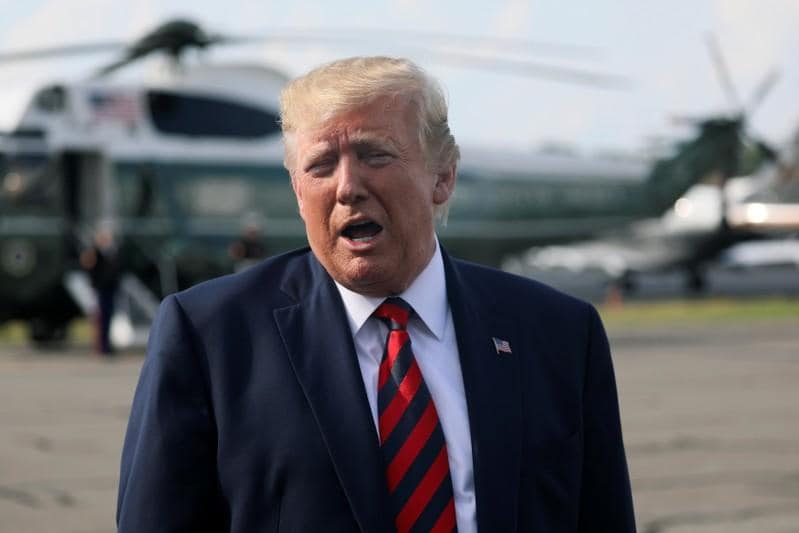 WASHINGTON (Reuters) - President Donald Trump said on Friday he was ordering U.S. companies to look at ways to close their operations in China and make more of their products in the United States instead, a rhetorical strike at Beijing as trade tensions mounted.

Trump cannot legally compel U.S. companies to abandon China immediately and he gave no detail on how he might proceed with any such order, although he said he would be offering a response later on Friday to tariffs on American products announced by China earlier in the day.

"Our great American companies are hereby ordered to immediately start looking for an alternative to China, including bringing your companies HOME and making your products in the USA," Trump wrote on Twitter. "We don't need China and, frankly, would be far better off without them."

Experts said tax policy changes and sanctions could be used to restrict or reduce U.S. business activity in China, but it would take years to disentangle the world’s two largest economies. The consequences of a complete break to the world economy would be severe, they said.

For many products sold in the United States, there are few alternatives to Chinese production, and shifting production for major goods produced there could take years and be expensive.

American companies could also sue the U.S. government in response to any order to shutter plants in China. The most effective option for Trump would be to restrict federal procurement from any companies that do business in China.

That would hit companies like Boeing Co, Apple Inc and General Motors Co, which are both big U.S. contractors and have large business interests in China.

"We can’t be a market economy and do that," Reinsch said. "No one’s going to pay attention to it anyway. Companies do what they’re going to do."

Many U.S. companies have already begun moving some operations out of China due to rising labor costs. But others, including General Motors, have large plants there to supply the Chinese market. They would resist any pressure to close their facility there, given the size and importance of the Chinese market, Reinsch said.

Last week, Trump backed off his Sept. 1 deadline for 10% tariffs on remaining Chinese imports, delaying duties on cellphones, laptops and other consumer goods.

The U.S. Trade Representative's Office delayed tariffs on more than half the $300 billion in Chinese-made goods telling companies the delay covered product categories where China supplies more than 75 percent of total U.S. imports.