By Nick Carey and David Shepardson (Reuters) - Steel and aluminium tariffs imposed by the Trump administration have cost Ford Motor Co about $1 billion in profits, its chief executive officer said on Wednesday, while Honda Motor Co said higher steel prices have brought 'hundreds of millions of dollars' in new costs. 'From Ford’s perspective the metals tariffs took about $1 billion in profit from us,' CEO James Hackett said at a Bloomberg conference in New York, 'The irony of which is we source most of that in the U.S. today anyway 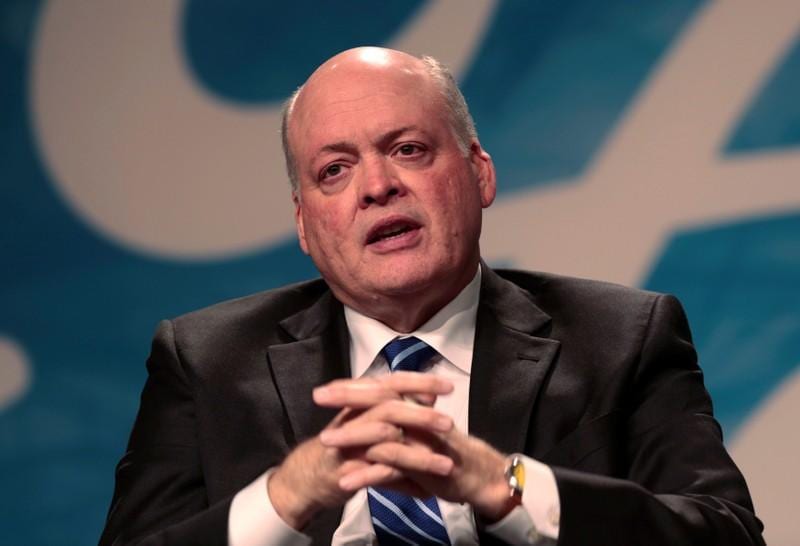 "From Ford’s perspective the metals tariffs took about $1 billion in profit from us," CEO James Hackett said at a Bloomberg conference in New York, "The irony of which is we source most of that in the U.S. today anyway. If it goes on any longer, it will do more damage." He did not specify what period the $1 billion covered.

Higher U.S. steel prices have resulted in "hundreds of millions of dollars" in additional annual costs, Rick Schostek, executive vice president of Honda North America, told the U.S. Senate Finance Committee on Wednesday, even as more than 90 percent of steel in its vehicles assembled in the United States is made domestically.

Honda is also facing retaliatory tariffs from Canada and China on lawn-mowers it builds in North Carolina and transmissions made in Georgia.

Honda has not boosted U.S. vehicle prices as a result of the higher costs but the issue is "certainly part of our thinking as we go forward," Schostek told reporters after the hearing.

While the vast majority of steel and aluminium that Ford uses for U.S. production is made domestically, it has said the tariffs could result in higher domestic commodity prices.

During the presidential campaign, Trump lambasted U.S. trade deficits as detrimental to American manufacturers and workers.

Since taking office, Trump has pursued a policy of escalating tariffs that he says will reverse that trend, including waging an increasingly bitter trade war with China.

The auto industry is bracing for a possible new round of tariffs. On May 23 Trump ordered a "Section 232" national security investigation into whether to impose a 25 percent tariff on vehicle and auto parts imported from the European Union and other trading partners.

The section, included in the U.S. Trade Expansion Act, allows the president to adjust imports through tariffs if they threaten national security.

At a briefing in Detroit on Wednesday, officials from analytics data firm IHS Markit said if the Trump administration imposed the Section 232 tariffs globally, it would have far-reaching consequences for the U.S. auto industry as well as the broader economy.

IHS Markit estimates that full implementation of the 232 tariffs would add between $1,800 and $5,700 to a new vehicle's price tag and cut new auto sales by around 2.2 million units in 2020 as well as slice total sales to as little as 14.5 million units from expectations of 17 million vehicles this year.

The new tariffs would also cost around 300,000 in auto-related jobs in factories and dealerships across the country, and slash U.S. economic growth by 1.1 percentage points to 2.2 percent, IHS said.

In July Ford lowered its full-year earnings forecast due to slumping sales and trade tariffs on China as well as its struggling business in Europe.

The automaker's difficulties in boosting sales in China have showed no signs of ending despite taking steps to bring new products to market.

(Reporting by Sanjana Shivdas in Bengaluru; Editing by Anil D'Silva and Jeffrey Benkoe)