By Jeff Mason and Matt Spetalnick WASHINGTON (Reuters) - President Donald Trump on Wednesday banned U.S. citizens from bringing home rum or cigars from Cuba and from staying at Cuban government-owned hotels, as he sought to lock in the Cuban-American vote in the swing state of Florida ahead of November's presidential election. Since Trump took office in January 2017, he has been rolling back a detente with America's old Cold War foe pursued by his Democratic predecessor, President Barack Obama. 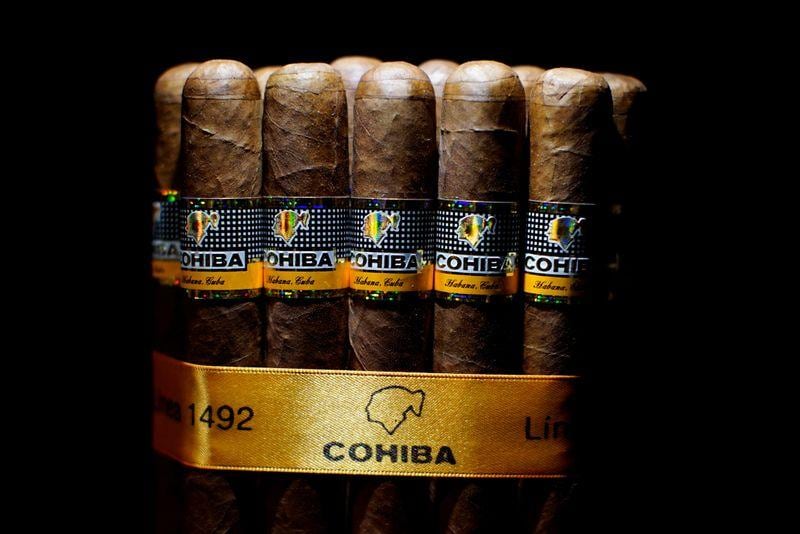 By Jeff Mason and Matt Spetalnick

WASHINGTON (Reuters) - President Donald Trump on Wednesday banned U.S. citizens from bringing home rum or cigars from Cuba and from staying at Cuban government-owned hotels, as he sought to lock in the Cuban-American vote in the swing state of Florida ahead of November's presidential election.

Since Trump took office in January 2017, he has been rolling back a detente with America's old Cold War foe pursued by his Democratic predecessor, President Barack Obama.

Trump's aides believe his toughened stance has gone down well in the large Cuban-American community in south Florida, an important voting bloc in a state where he and Democratic presidential candidate Joe Biden are locked in a tight race.

"We're also further restricting the importation of alcohol and Cuban tobacco," the Republican president said at the ceremony honoring Bay of Pigs veterans.

Trump's decision overturns Obama's policy of allowing American travelers to bring back as much of Cuba's legendary rum and cigars that they could carry in their baggage for personal use.

A Treasury factsheet said U.S. citizens would be allowed to buy rum and cigars while visiting the Communist-run island, but would no longer be permitted to bring those products home.

“The current U.S. authorities insist on the application of a sanctions policy against Cuba that has not achieved the proposed objectives in 60 years," said a Cuban embassy official in Washington. "It is a wrong policy that is widely rejected by American society and even among Cuban Americans.”

The measures - which bar Americans from staying at more than 430 hotels owned or controlled by the government and impose new restrictions on professional meetings, performances and sports competitions - are intended to deny revenue to Cuban authorities.

They are not expected to have any immediate impact since the island is closed off to foreign travelers due to the coronavirus pandemic.

Carrie Filipetti, deputy assistant secretary of state for Cuba and Venezuela, said the new policy "will continue even past the pandemic."

Trump and Biden are competing fiercely in Florida, which Trump won in 2016 by just 1.2 percentage points. Trump will hold a rally in Jacksonville on Thursday.

Filipetti denied the measures were timed for electoral gain, saying they had been in the works for some time.