Trump: 'I am the chosen one' to take on China over trade

By Jeff Mason WASHINGTON (Reuters) - U.S. President Donald Trump on Wednesday said he was 'the chosen one' to address trade imbalances with China, even as congressional researchers warned that his tariffs would reduce U.S. economic output by 0.3% in 2020. 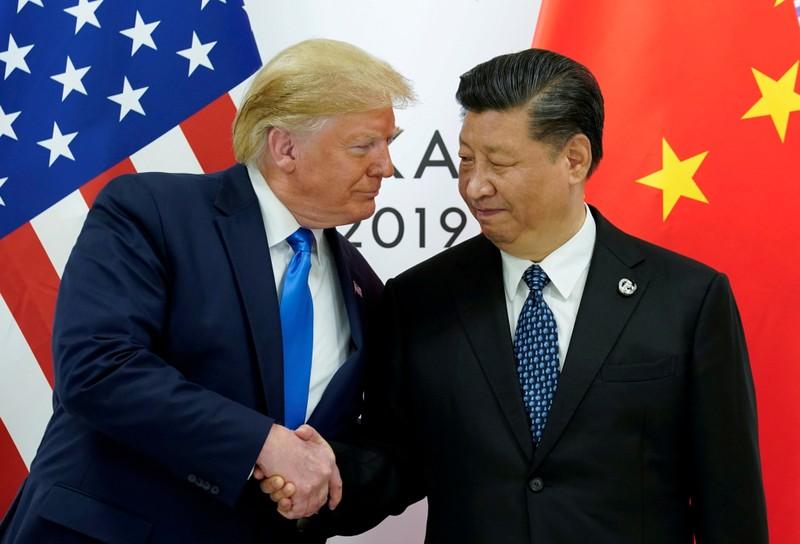 WASHINGTON (Reuters) - U.S. President Donald Trump on Wednesday said he was "the chosen one" to address trade imbalances with China, even as congressional researchers warned that his tariffs would reduce U.S. economic output by 0.3% in 2020.

Trump told reporters his life would be easier if he had not mounted a trade war with China. But he defended his actions and said he believed a trade deal between the world's largest economies was still possible.

"I am the chosen one ... so I am taking on China. I'm taking on China on trade. And you know what? We're winning," Trump said, claiming a title often used to refer to religious figures such Jesus and Mohammed.

Trump acknowledged for a second consecutive day that the trade war with China could harm the U.S. economy, although he insists a recession is not on the horizon.

The nonpartisan Congressional Budget Office on Wednesday became the latest independent institution to warn about the consequences of tariffs Trump has ordered imposed against China and a host of other countries.

The CBO said changes in U.S. and foreign trade policies since January 2018 will reduce inflation-adjusted U.S. gross domestic product by 0.3 percent from what it would be otherwise in 2020.

The International Monetary Fund has said that global economic output could be reduced by as much as 0.5% in 2020 as a result of tariffs.

CBO said the tariffs were boosting domestic prices, reducing consumers' purchasing power and boosting the cost of business investment. Real income for the average U.S. household was also expected to drop by 0.4 percent, it said.

Trump on Tuesday told reporters he had to confront China over trade even if it caused short-term harm to the U.S. economy because Beijing had been cheating Washington for decades.

China's Foreign Ministry appeared to downplay the comments, emphasizing the need for dialogue to resolve differences on trade issues but threatened to retaliate if Washington proceeded with an $8 billion arms sale to Taiwan.

Chinese Foreign Ministry spokesman Geng Shuang reiterated a threat to put sanctions on U.S. companies which sell weapons to Taiwan, saying such sales are a serious interference in China's internal affairs and violation of Chinese sovereignty.

Trump's tariff plans have roiled global markets and unnerved investors as the trade dispute between the world's two largest economies stretches into its second year with no end in sight.

Growing concerns that the trade war could trigger a possible U.S. recession weighed on financial markets last week and seemed to put administration officials on edge about whether the economy would hold up through the November 2020 presidential election.