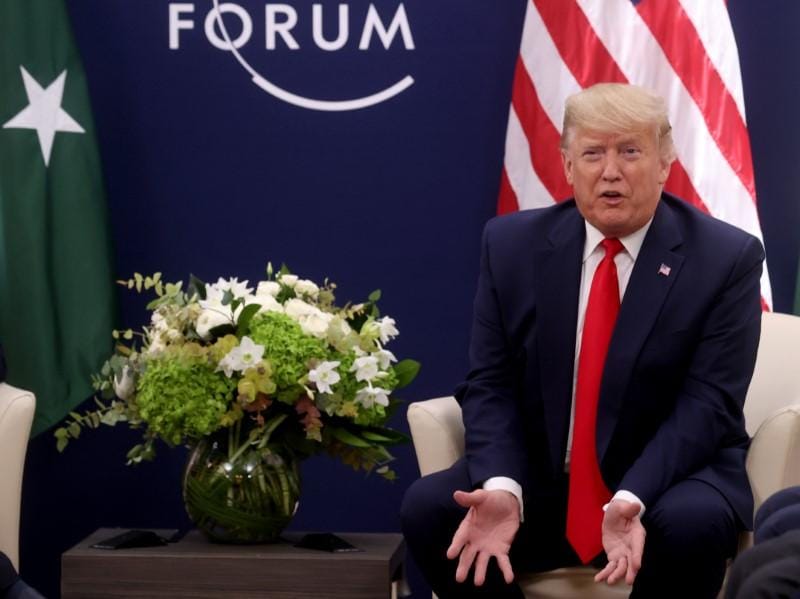 After a meeting with European Commission President Ursula von der Leyen in Davos, Trump said he had "very good" talks but maintained that if a deal was not struck, Washington would strongly consider auto tariffs.

"We expect to be able to make a deal with Europe. And if they don't make a deal we'll certainly give that very strong consideration," Trump said on the sidelines of the annual meeting of the World Economic Forum, referring to tariffs.

Treasury Secretary Steven Mnuchin said these deals could boost the U.S. economy this year and that growth would outperform projections, including those by the International Monetary Fund.

The White House has repeatedly delayed a decision on whether to impose tariffs of as much as 25% on cars and car parts from Europe, using these threats as leverage in negotiations.

"The American people and the European people are good friends, and this is what we’re going to build on. And, indeed, we have issues to discuss — and we will negotiate,” von der Leyen told Trump.

Trump's threat to put tariffs on a key European export has triggered a strong rebuke from European officials and companies, which are major employers in the EU bloc.

Earlier this month, the Washington Post reported that the Trump administration had threatened to impose a 25% tariff on European automobile imports if Britain, France and Germany did not formally accuse Iran of breaking a 2015 nuclear deal.