NEW YORK (Reuters) - U.S. President Donald Trump and South Korean President Moon Jae-in signed a free trade agreement on Monday that Trump hailed as a 'historic milestone in trade.' Trump, who has sought to renegotiate trade deals with several countries around the world, said the revised agreement would reduce bureaucracy and increase prosperity in the United States and South Korea. 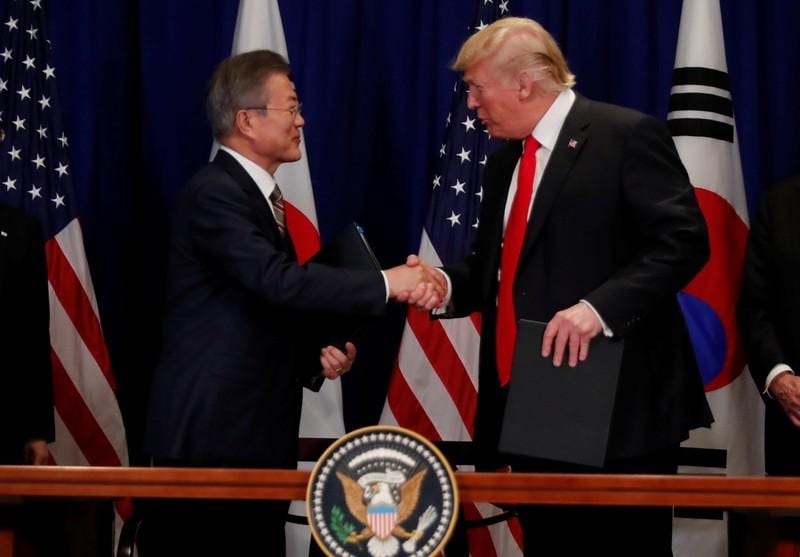 Trump, who has sought to renegotiate trade deals with several countries around the world, said the revised agreement would reduce bureaucracy and increase prosperity in the United States and South Korea.

"Our two countries have set an example of friendship and cooperation for trade that rarely you see in this age," he said.