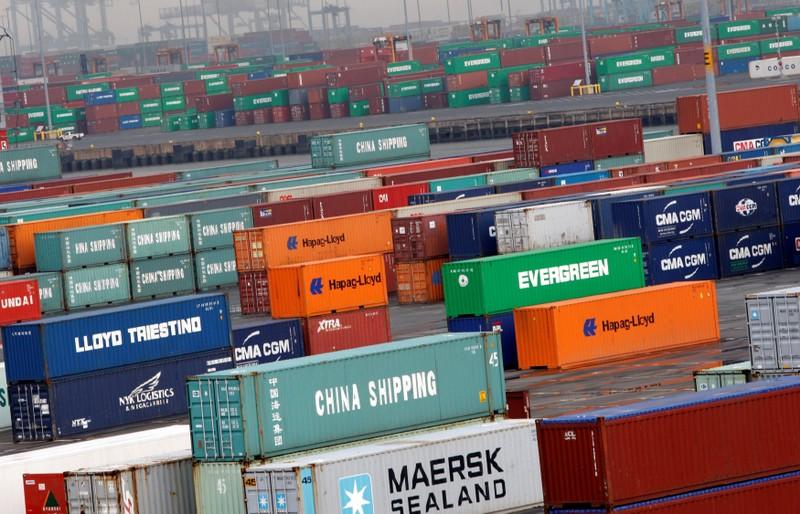 The nonpartisan Congressional Budget Office said changes in U.S. and foreign trade policies since January 2018 will reduce inflation-adjusted U.S. gross domestic product by 0.3 percent from what it would be otherwise by 2020. It also predicted that trade would reduce real income for the average U.S. household by 0.4 percent, or $580.

CBO also projected a deeper federal deficit of $960 billion for fiscal year 2019, which ends on Sept. 30, due in part to higher government spending. The deficit is projected to top $1 trillion next year and average $1.2 trillion between fiscal years 2020 and 2029.

CBO data showed that annual deficits over the next decade would average 4.7 percent of GDP, the highest since 2012 and significantly higher than the 2.9 percent annual average of the past 50 years.

The projected impact of Trump's trade policy contradicts White House claims that the U.S. trade war with China has had no damaging effect on the U.S. economy.

Higher tariffs on a range of Chinese-made products are due to take effect on Sept. 1.

"Our Economy is sooo strong, sorry!" Trump said on Wednesday in a series of tweets that blamed recession fears on the "Fake News LameStream" media while pressuring the Federal Reserve to boost growth by cutting interest rates.

Turbulence in the bond market last week stoked fears of recession, but CBO predicted the U.S. economy would continue to expand.

The budget office left its economic growth forecast for 2019 unchanged, at 2.3 percent. Though down from last year's 2.5 percent growth rate, the CBO projected that higher discretionary spending by the federal government would offset downward pressure from trade issues, including reduced exports.

CBO projected the economy would grow at a 2.1 percent annual rate in 2020 and then soften further to average 1.8 percent growth in ensuing years.

"Tariffs also affect business investment by increasing business' uncertainty about future barriers to trade and thus their perceptions of risk associated with investment in the United States and abroad," CBO Director Phillip Swagel said in a statement that accompanied an updated 10-year forecast.

The effects of the tariffs on trade flows, prices

and output are projected to rise over the next year, before the effects wane as businesses adjust their supply chains, the researchers said.