New Delhi: A day after meeting the labour minister, 10 central trade unions on Friday said they will go ahead with their general strike or 'Bharat Bandh' on 8 January "to protest against anti-labour policies" of the government.

"The Central Trade Unions conveyed their firm resolve after the meeting called by Union Labour Minister (on Thursday). The general strike on 8 January, 2020 stands," a joint statement issued by the 10 central trade unions said.

At the meeting, the minister told the unions that the government has been taking all steps for the welfare of workers and legislations on Labour Codes are a part of that, the statement said. 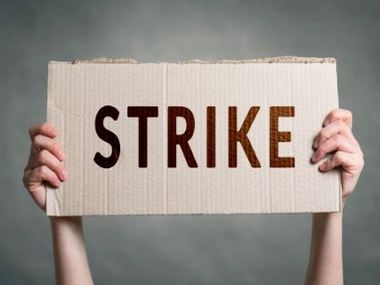 However, the unions -- which included AITUC, HMS, CITU, AIUTUC, SEWA, AICCTU, LPF and UTUC -- maintained that the Labour Codes are designed to impose slavery on the workers.

None of the issues which have been continuously raised by the central trade unions, including unemployment, minimum wages, social security and 14-point charter of demands, were addressed by the minister, it said.

The government has also not called the tripartite Indian Labour Conference after 2015, it added.

The united platform of trade unions also raised the issue of ignoring INTUC (Indian National Trade Union Congress), which they said was a political move to create rivalries between the bodies.

The issues facing auto sector workers, particularly those employed by Honda in Gurgaon, were also raised before the minister.

Against such anti-labour policies of the government, the central trade unions have decided to go ahead with the country-wide general strike on 8 January, the statement said.