By Neha Dasgupta NEW DELHI (Reuters) - India's Trade Minister Piyush Goyal said on Monday that the broad outline of a trade deal with the United States has been worked out and suggested there could be an announcement soon. 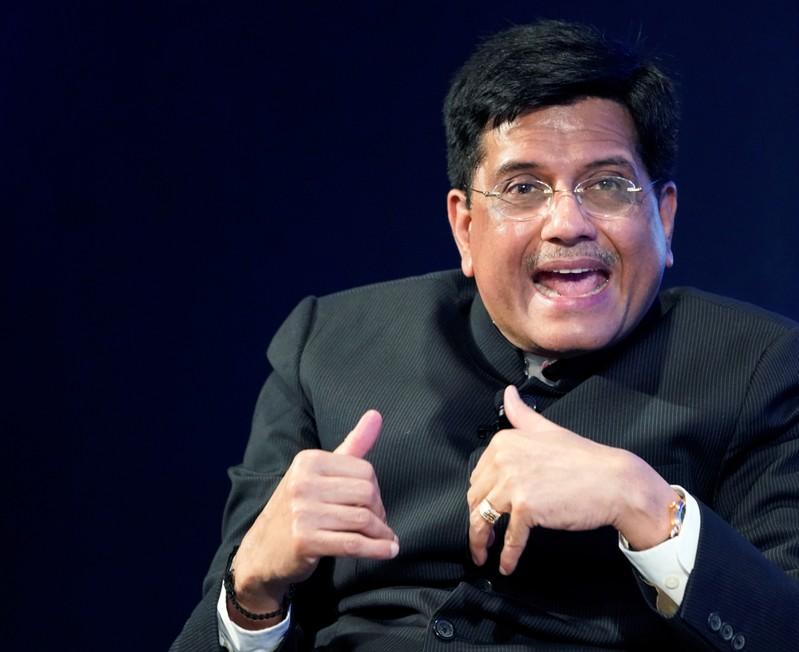 NEW DELHI (Reuters) - India's Trade Minister Piyush Goyal said on Monday that the broad outline of a trade deal with the United States has been worked out and suggested there could be an announcement soon.

The two countries have been locked in trade disputes for months, slapping higher tariffs on each other's products and the U.S. withdrawing a key concession to India.

The collateral damage of the United States' trade wars is being felt around the world as President Donald Trump renegotiates relationships with many of Washington’s top trading partners.

Washington has been concerned about Indian policies that mandate foreign firms to store more data locally and restrict the way U.S. e-commerce giants such as Walmart-owned Flipkart and Amazon.com operate.

"We have almost resolved the broad contours of what we are going to announce. I don't see any great difficulty in closing the gap on the first announcement," Goyal said at the U.S.-India Strategic Partnership Forum (USISPF).

India dominates the world’s generic drugs market and the United States is among its top importers.

"With regards to the trade talks between India and the US, Commerce and Industry Minister said that things are on the right track and India is looking to the U.S. for technology, innovation, skills and quality education," a government statement quoted Goyal as saying.

U.S. trade and investments are expected to grow in sectors such as defence, commercial aircrafts, oil and LNG, coal, machinery and electronics.

India is aiming to promote automotive, pharmaceuticals, seafood, IT and travel services to the U.S. market.

Goyal said India and the U.S. must look at a larger trade agreement, the government statement said. It did not elaborate.