By Lucia Mutikani WASHINGTON (Reuters) - U.S. economic growth accelerated in the first quarter, but the burst in growth was driven by a smaller trade deficit and the largest accumulation of unsold merchandise since 2015, temporary factors that are likely to reverse in the coming quarters. Gross domestic product increased at a 3.2 percent annualized rate in the first quarter, the Commerce Department said in its advance GDP report released on Friday 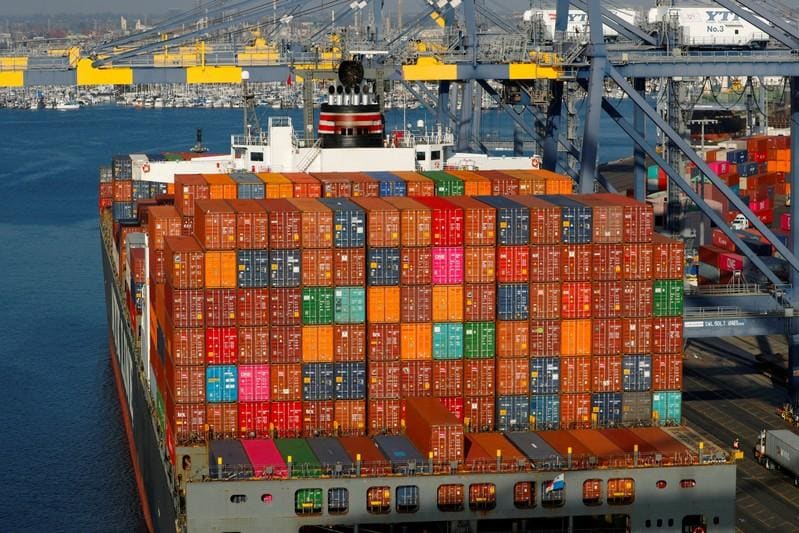 WASHINGTON (Reuters) - U.S. economic growth accelerated in the first quarter, but the burst in growth was driven by a smaller trade deficit and the largest accumulation of unsold merchandise since 2015, temporary factors that are likely to reverse in the coming quarters.

Gross domestic product increased at a 3.2 percent annualized rate in the first quarter, the Commerce Department said in its advance GDP report released on Friday. Growth was also boosted by an increase in government investment.

But consumer and business spending slowed sharply, and investment in homebuilding contracted for a fifth straight quarter, giving the report a weak tone.

While the report suggested there is no recession on the horizon, its details painted a picture of an economy that is slowing as the stimulus from the White House's $1.5 trillion tax cut package fades and the effects of past interest rate increases by the Federal Reserve linger.

Fears of a recession were stoked by a brief inversion of the U.S. Treasury yield curve last month.

"The gain in first-quarter GDP would seem to make a mockery of claims that the U.S. economy is slowing as the fiscal stimulus fades," said Paul Ashworth, chief U.S. economist at Capital Economics in Toronto. "Looking beyond the headline number, however, there are plenty of causes for concern."

Fed officials are likely to shrug off the surge in growth last quarter and focus on a measure of domestic demand that increased at only a 1.3 percent rate, the slowest since the second quarter of 2013. It increased at a 2.6 percent pace in the October-December quarter.

U.S. Treasury yields jumped after the release of the data before retracing and the U.S. dollar rose against a basket of currencies before reversing course. U.S. stock index futures were trading mixed.

Exports surged and imports declined in the first quarter, leading to a small deficit that added 1.03 percentage points to GDP after being neutral in the fourth quarter. Trade tensions between the United States and China have caused wild swings in the trade deficit, with exporters and importers trying to stay ahead of the tariff fight between the two economic giants.

The standoff has also had an impact on inventories, which increased at a $128.4 billion rate in the first quarter, the strongest pace since the second quarter of 2015. Inventories increased at a $96.8 billion pace in the October-December quarter. Part of the inventory build was because of weak demand, especially in the automotive sector, which is expected to weigh on future production at factories.

Growth in consumer spending, which accounts for more than two-thirds of U.S. economic activity, slowed to a 1.2 percent rate from the fourth quarter's 2.5 percent rate. The moderation in spending reflected a decline in motor vehicle purchases and other goods, likely related to a 35-day shutdown of the federal government. There was also a slowdown in spending on services.

The government said while it could not quantify the full effects of the shutdown, it estimated that reductions in labor services supplied by federal workers and intermediate purchases of goods and services by nondefense agencies had subtracted three-tenths of a percentage point from GDP last quarter.

Business spending on equipment braked sharply, rising at only at a 0.2 percent rate, the slowest since the third quarter of 2016. Spending was held down by weak outlays on agricultural machinery and office furniture. Investment in structures contracted for a third straight quarter.