WASHINGTON (Reuters) - Toyota Motor Corp said on Tuesday it was investing $391 million in its pickup truck assembly plant in San Antonio, Texas, as part of the Japanese automaker's plan to invest $13 billion in its U.S. operations over five years through 2021 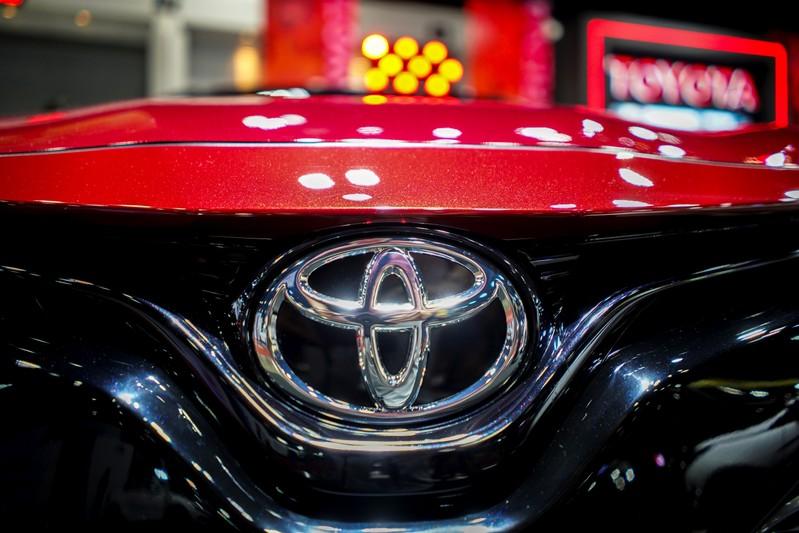 WASHINGTON (Reuters) - Toyota Motor Corp <7203.T> said on Tuesday it was investing $391 million in its pickup truck assembly plant in San Antonio, Texas, as part of the Japanese automaker's plan to invest $13 billion in its U.S. operations over five years through 2021.

The company said the investment will be used to introduce advance manufacturing technologies at the plant and also to help with the development and education of the local workforce.

Christopher Reynolds, Toyota Motor North America's chief administrative officer, told Reuters the investment could allow the company to eventually boost the plant's capacity but no decision has been made.

Reynolds added that the company was "bullish" on the future of its U.S. truck sales, which are up 4% this year.

The announcement comes a day after U.S. President Donald Trump said Washington had struck trade agreements with Tokyo that could be implemented without congressional approval, but stopped short of assuring Japan that new tariffs would not be slapped on vital auto exports.

Trump’s announcement left unclear whether he has agreed not to impose threatened national security tariffs on Japanese vehicles and auto parts. Avoiding the “Section 232” tariffs of up to 25% was a major motivating factor for Tokyo in negotiating with Washington on trade.

Over much of the past year, the scope of talks has narrowed to exclude the automotive sector, the source of most of the $67 billion U.S. trade deficit with Japan.

Prime Minister Shinzo Abe in August announced an agreement in principle on a deal that covered reductions in tariffs on agricultural and industrial goods, but not autos. Abe has repeatedly emphasized the significant U.S. investments of Japanese automakers and parts manufacturers to Trump.

(Reporting by Sanjana Shivdas in Bengaluru and David Shepardson in Washington; Editing by Arun Koyyur and Tom Brown)