By Makiko Yamazaki TOKYO (Reuters) - A major investor in Japan's Toshiba Corp has called for a third-party investigation into the conglomerate's annual shareholder meeting, saying its vote was not fully recognised in a potential breach of governance. The demand from Singapore-based 3D Investment Partners is likely to sharpen scrutiny of the treatment of Toshiba's foreign investors. It follows a contentious, but failed, attempt by foreign shareholders to elect some new independent directors to Toshiba's board at the July 31 meeting 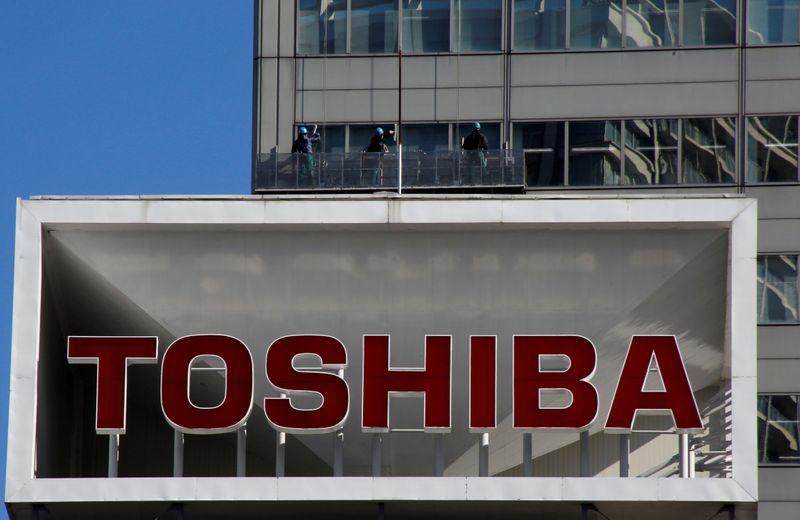 TOKYO (Reuters) - A major investor in Japan's Toshiba Corp <6502.T> has called for a third-party investigation into the conglomerate's annual shareholder meeting, saying its vote was not fully recognised in a potential breach of governance.

The demand from Singapore-based 3D Investment Partners is likely to sharpen scrutiny of the treatment of Toshiba's foreign investors. It follows a contentious, but failed, attempt by foreign shareholders to elect some new independent directors to Toshiba's board at the July 31 meeting.

3D said voting rights representing a 1.1% stake in Toshiba were not reflected in the results of the meeting, according to an Aug. 9 letter from the hedge fund to Toshiba's outside directors seen by Reuters.

The fund, which holds a 4.2% voting stake and ranks among Toshiba's top five shareholders, had nominated two candidates as independent directors and publicly said it would vote against Chief Executive Nobuaki Kurumatani.

"Such administration of shareholders meetings by Toshiba (including the manner of processing voting forms) was at least improper and was questionable from the viewpoint of corporate governance," 3D said in the letter.

3D said it was told one of its voting forms did not reach the Tokyo office of Sumitomo Mitsui Trust Bank <8309.T>, Toshiba's designated administrator, until July 31, which was after the voting deadline.

Yet the form had been mailed from a post office in Tokyo on July 27, meaning the delivery time should have been just one day, 3D said, citing the post office's website.

Another voting form mailed from the same post office on July 28 reached Sumitomo Mitsui Trust a day later, and was in time for the meeting, 3D said.

"We don't comment on communications with specific investors, but vote counting was done by our shareholder registry administrator and we are conducting investigations with the administrator," Toshiba said in a statement.

"At the moment we've been told that counting process was done properly."

A spokesman for Sumitomo Mitsui Trust Bank said it could not comment on specific cases.

The incident is likely to raise fresh questions about the relationship between foreign investors, who make up 60% of Toshiba's shareholders, and the company.

Reuters previously reported the Japanese government delayed approval until the last minute for another Singapore-based fund to vote at the same meeting.

Toshiba CEO Kurumatani held on to his job, but a breakdown of voting results from the meeting showed a precipitous slide in support to just 58% from 99% a year earlier - a rare rebuke of a Japan Inc chief executive.

3D's 1.1% vote, even if counted, would not have changed the outcome. But the fund said it was "strongly concerned that many other shareholders might have been hindered in exercising their voting rights".

It asked for a third-party investigation into whether shareholders' voting rights had been processed properly.

The fund said it would consider starting proceedings to force Sumitomo Mitsui Trust Bank to disclose evidence and provide information to the Tokyo Stock Exchange if Toshiba did not "properly respond" to its request.

Toshiba has been under pressure from foreign hedge funds since it sold 600 billion yen ($5.6 billion) of stock to dozens of such funds during a crisis stemming from the bankruptcy of its U.S. nuclear power unit in 2017.