Tiny activist investor's arguments against Exxon draw crowd to its side

By Svea Herbst-Bayliss and Jennifer Hiller BOSTON/HOUSTON (Reuters) - Exxon Mobil Corp, a giant of the energy world and once the world's most valuable company, is being pressured by a small investment company whose campaign for spending cuts and management change has been gathering more supporters. Exxon has fended off past challenges seeking big change to its policies and leadership 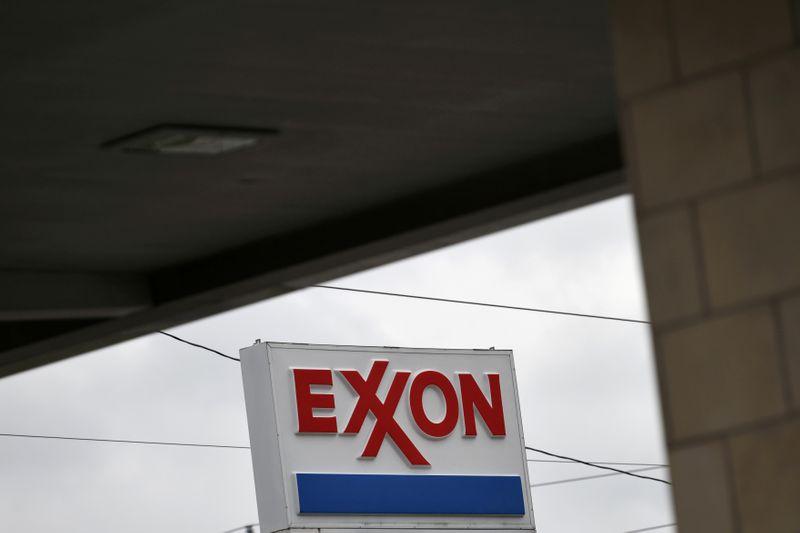 By Svea Herbst-Bayliss and Jennifer Hiller

BOSTON/HOUSTON (Reuters) - Exxon Mobil Corp, a giant of the energy world and once the world's most valuable company, is being pressured by a small investment company whose campaign for spending cuts and management change has been gathering more supporters.

Exxon has fended off past challenges seeking big change to its policies and leadership. But faltering returns - its shares are off 40% in the last five years and losses through September have reached $2.37 billion - could swing more holders behind the activist, say investors and analysts.

Engine No. 1, a week-old, $250 million California-based firm, has called for expanded spending and pay cuts, a board shake-up and shift to cleaner fuels. Its views are supported by California State Teachers' Retirement System (CalSTRS), the Church of England, and echoed in part by hedge fund D.E. Shaw, which has $50 billion under management.

"Management and board members regularly engage with our shareholders on a range of topics and value their constructive perspectives," but they do not share details of such conversations, Exxon spokesman Casey Norton said.

The company supports the Paris Agreement on climate change, is working to reduce emissions and has been "encouraged by feedback" on recent plans to improve performance and returns, he added.

"This firm is not making a climate change argument but a financial argument, saying your performance is terrible," said sustainability expert Robert Eccles, a professor at Said Business School at Oxford University. "The world is moving against Exxon, and I think the activists can win this."

For CalSTRS, the second-largest U.S. pension fund with $255 billion in assets, its support of Engine No. 1 mirrors an earlier union, when it backed hedge fund Jana Partners in a successful push for Apple to add parental controls to its phones.

Charles Penner, a former Jana partner who is spearheading the battle and has known CalSTRS for years, won its backing by arguing Exxon's spending and dismissive attitude toward climate issues cost it investor support, a person familiar with his thinking said.

He also wanted to make a statement with the challenge to Exxon, considering it is the biggest and worst performer among its peers, the person said.

"This is not about the size of your stake but about the value and credibility of your argument," said Aeisha Mastagni, an investment officer at CalSTRS. "This is a company that needs change inside the boardroom."

While Exxon's board is diverse, having female and minority directors, it needs energy industry experts such as Engine No. 1's candidates, she said.

The Church of England, which brought climate-related and management change proposals to Exxon holders in the past, lent its support to Engine No. 1's pitch on Thursday.

New York state's $226 billion pension fund, which has joined Church of England shareholder proposals in the past, said this week it would start pulling money out of oil and gas companies whose business plans do not align with the Paris climate accord.

And D.E. Shaw sent its own letter with criticisms to Exxon.

"It's not surprising someone is pushing for change because it has been underperforming Chevron and peers for a long time. To the extent D.E. Shaw can accelerate this process, I would say it’s positive and should be helpful to shareholders," said Biraj Borkhataria, an analyst with RBC Capital Markets.

Engine No. 1 owns about $40 million in Exxon shares, a fraction of the $12 billion that Exxon's top investor Vanguard Group,oversees. To some, that miniscule holding might put it at a disadvantage in waging a proxy contest that can costs $20 million. Exxon is valued at $184 billion and its share price has climbed to $43.46 this week.

But some analysts believe the fund may have found its match in Exxon.

"You can win proxy contests with very small stakes and the way you do it is by using your opponent's weight against him," said a person who advises companies against activists but could not be publicly identified.