FRANKFURT (Reuters) - Thyssenkrupp's supervisory board plans to stress-test the viability of Chief Executive Guido Kerkhoff's plans to break up the steel-to-submarines conglomerate given changed market conditions, two people familiar with the matter told Reuters. Under fire from activist investors, Kerkhoff in September laid out plans to separate the company's elevators, car parts and plant engineering units from its materials trading and shipbuilding businesses 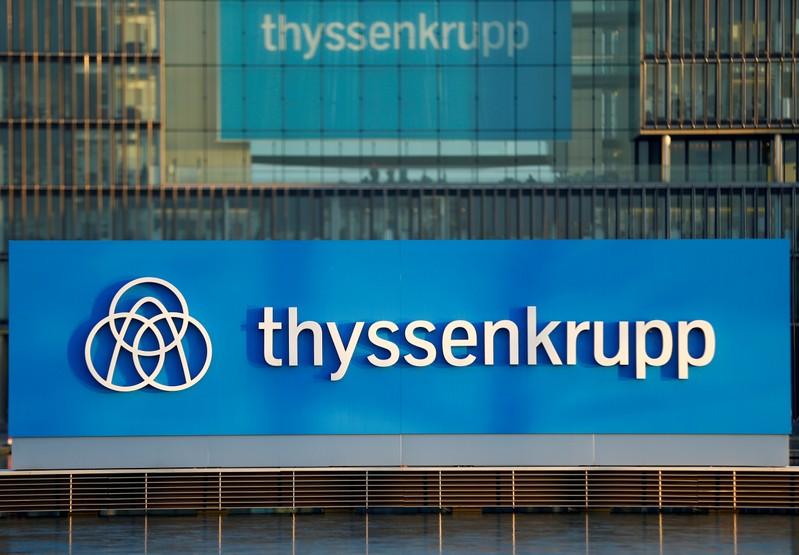 Under fire from activist investors, Kerkhoff in September laid out plans to separate the company's elevators, car parts and plant engineering units from its materials trading and shipbuilding businesses.

But a global trade war and fears of an uncontrolled exit by Britain from the European Union have spooked markets, making it harder for companies to spin off or list large divisions.

Volkswagen earlier this year backed away from plans to list its trucks division, blaming weaker markets.

Although the supervisory backed Kerkhoff's plan when he announced it last year, the board headed by Martina Merz has quietly begun questioning the benefits, the sources said. The board might call Kerkhoff for a meeting in May to explain his plans, they added.

The engineering group's supervisory board has also since appointed some new members who might look at the break-up plans with fresh eyes.

Merz, who became head of the supervisory board in February, has indicated that she would not unquestioningly back management plans.

"The supervisory board needs to adhere to its duties, to appoint and control the management board, and to act as an advisor", Merz said in February in an internal interview for employees, which was seen by Reuters.