The U.S. banking system is flush with cash but may have a problem

By Trevor Hunnicutt NEW YORK (Reuters) - The Federal Reserve wants the banking system flush with cash to keep the economy humming, but there may be bottlenecks that undermine the U.S. central bank's credibility to influence interest rates. 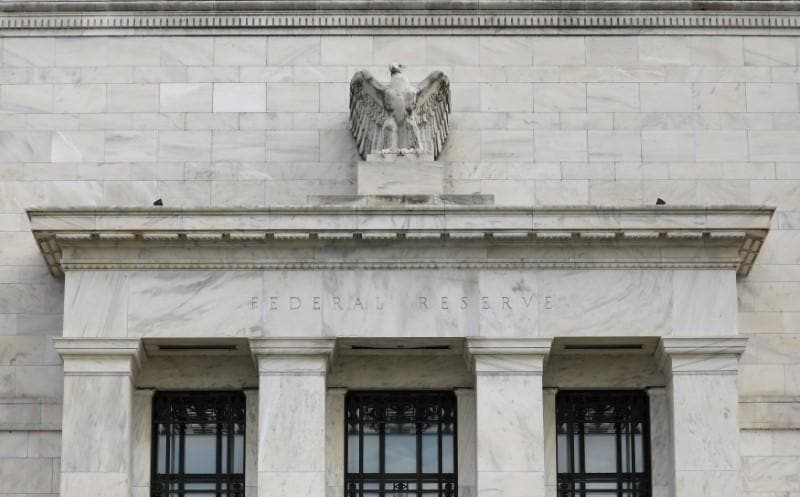 NEW YORK (Reuters) - The Federal Reserve wants the banking system flush with cash to keep the economy humming, but there may be bottlenecks that undermine the U.S. central bank's credibility to influence interest rates.

Major U.S. banks stashed $1.2 trillion with the Fed as of January, even though they estimate they only need $700 billion in reserves, the central bank said on Thursday, based on survey data covering much of the market https://www.federalreserve.gov/data/sfos/files/senior-financial-officer-survey-201902.pdf.

Yet specific banks sometimes need more reserves than they have, pushing them to borrow. Strong demand for that funding could push the Fed's target federal funds rate up more than it wants, undermining its credibility.

Big banks required to meet strict liquidity requirements have been holding more reserves than regional banks that do not, Fed research earlier this year has found https://www.stlouisfed.org/on-the-economy/2019/april/bank-shedding-reserves?.

Since the aftermath of the 2008 financial crisis, when it flooded the banking system with funds, the Fed has controlled rates primarily by paying banks interest on those funds. In theory, rates should not trade much below what banks and other traders can earn risk-free. By controlling short-term rates, the Fed hopes to influence the broader economy to maximize employment and keep inflation at its target.

"One of the ways you determine whether there is abundant reserves is whether changes in supply and demand of reserves causes the interest rate to vary, and there's some evidence that we're getting closer to that part where the demand for reserves is going to be responsive to changes," Boston Fed President Eric Rosengren told Reuters.

"Once we're worried that we no longer have an abundance of reserves we will have to actually increase our balance sheet, and I think, until we get further down the road, we're not going to know exactly where that is."

Records from that meeting, released on Wednesday, showed the Fed was concerned that some "banks were operating with reserve balances closer" to the least amount they reported would be comfortable.

That "may have contributed to somewhat more sustained upward pressure on the federal funds rate than had been experienced in recent years around tax-payment dates," the Fed's records showed. "In addition, some market participants pointed to heightened demand for federal funds at month end by some banks" to meet regulatory requirements on liquidity.

But further pressure on borrowing costs could force additional IOER cuts, or even adjusting the Fed's scheduled timetable for ending the runoff of assets from its balance sheet.

In March the Fed announced the runoff would likely end by September, depending on market conditions, to slow how quickly reserves would decline.