(Reuters) - Shares of Tesla Inc rose as much as 12% on Tuesday, adding more than $40 billion to the value of the electric carmaker and giving another boost to the fortune of billionaire Chief Executive Officer Elon Musk. 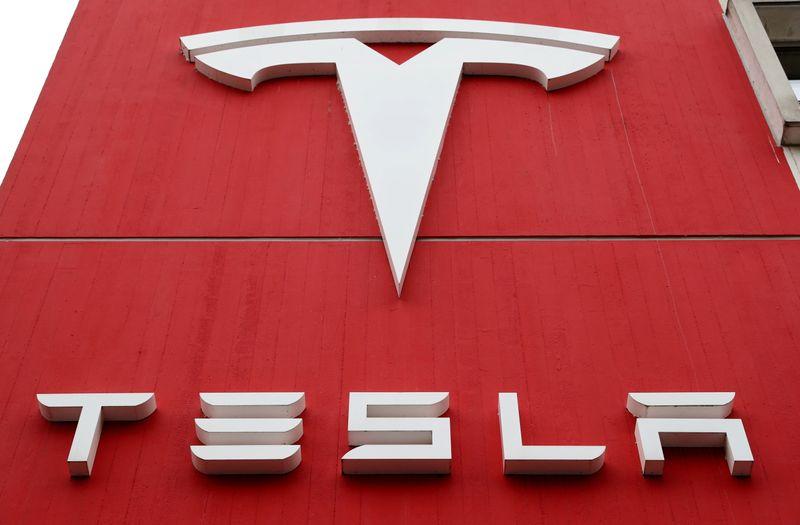 (Reuters) - Shares of Tesla Inc rose as much as 12% on Tuesday, adding more than $40 billion to the value of the electric carmaker and giving another boost to the fortune of billionaire Chief Executive Officer Elon Musk.

S&P Dow Jones Indices confirmed after markets closed on Monday that the company would be added to Wall Street's main index from Dec. 21, firing the starting gun on a major reorganization of investment funds that track the basket of stocks.

At $400 billion or more, Tesla's market capitalization should amount to more than 1% of the total value of the companies listed on the S&P 500, potentially making it the biggest ever addition to the index.

S&P DJI said on Monday the addition would require the funds tracking the index to sell about $51 billion worth of shares from their current holdings to buy Tesla shares and rebalance their portfolios in line with the index.

"Potentially one of the pushbacks on adding Tesla to the S&P was the elevated stock price," Credit Suisse analyst Dan Levy wrote in a note. "The stock's recent pullback provides better opportunity for index trackers to build positions."

Shares of the carmaker, which have risen more than five-fold this year, were up 11% at $453.42, and it was the eighth most traded stock, soon after opening in New York.

That valued Tesla at about $430 billion, more than the whole S&P gained on Monday after news emerged of successful COVID-19 vaccine trial data from Moderna Inc.

Bolstered by a decade of stock market gains, the combined market capitalization of the S&P 500 now totals close to $32 trillion, and S&P DJI data at the start of this year showed investments indexed to it reached $4.6 trillion.

Traders and analysts said the run in to Tesla's addition next month may see more speculative buying.

In 1999, Yahoo surged 64% in five trading days between the announcement that it would be added to the index and its inclusion. Yahoo's market capitalization at the time was only $56 billion.

"The 12% move is probably a short squeeze more than anything else," said Mark Taylor, sales trader at Mirabaud Securities, London.

"I believe in letting the dust settle for a few days and see how things pan out in terms of how much tracker money has gone behind this."