By Vibhuti Sharma and Alexandria Sage (Reuters) - Tesla Inc lost $700 million in the first quarter but predicted it would return to profit in the third quarter as it cut costs and improved delivery after facing issues ramping up shipments outside the United States. Shares of Tesla were about flat after the results, which came more than an hour after they were expected and after a sales contraction in the quarter raised investor concerns 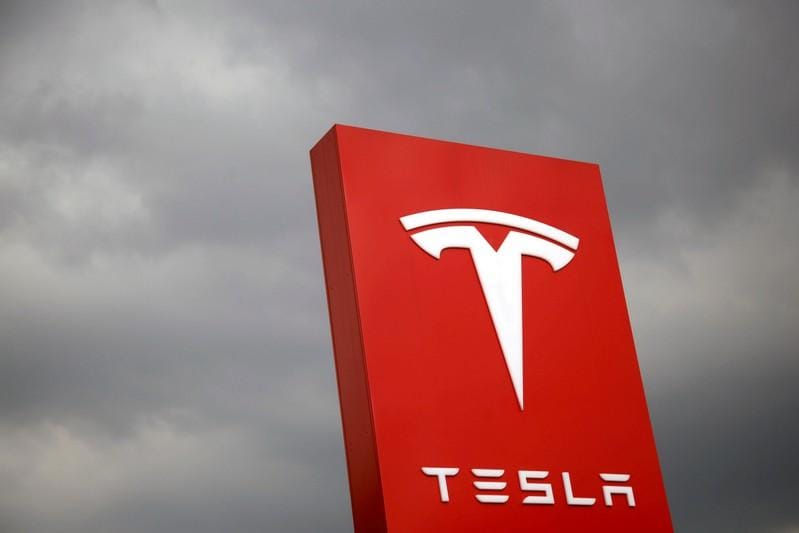 By Vibhuti Sharma and Alexandria Sage

(Reuters) - Tesla Inc lost $700 million in the first quarter but predicted it would return to profit in the third quarter as it cut costs and improved delivery after facing issues ramping up shipments outside the United States.

Shares of Tesla were about flat after the results, which came more than an hour after they were expected and after a sales contraction in the quarter raised investor concerns.

The company which is ramping up production of its Model 3 electric sedan, the vehicle Tesla sees as the key to future success, stood by its 2019 delivery forecast of 360,000 to 400,000 vehicles and said it may produce as many as 500,000 vehicles if its factory in Shanghai reaches volume production in the fourth quarter.

Tesla said it would make a loss in its second quarter but predicted a return to profit in the third.

Chief Executive Elon Musk on a call discussing the results said that global deliveries were "the most difficult logistics problem" he had ever seen.

Haris Anwar, senior analyst a financial markets platform Investing.com, called guidance for the second quarter "bleak". "I continue to see a very volatile 2019 for Tesla and its shares," Anwar said.

The company, which many analysts predict will need to raise funds for its expansion, said it ended its first quarter with $2.2 billion in cash after paying off a $920 million convertible bond obligation in March.

Tesla said it planned to deliver 90,000 to 100,000 vehicles to customers in the second quarter, where it predicted that an estimated loss would be "significantly" less than the $702 million lost in the first quarter.

The company delivered about 63,000 vehicles in the first quarter.

The gross profit margin on the Model 3 - a focus for investors - remained steady at 20 percent.

Excluding some items, Tesla lost $1.77 per share, compared with Wall Street expectations of a loss of 69 cents, according to data from Refinitiv.

"As the impact of higher deliveries and cost reduction take full effect, we expect to return to profitability in Q3 and significantly reduce our loss in Q2," Musk said in a letter to investors.

The Silicon Valley company has weathered a challenging few months, marked by a sharp drop in the number of vehicles delivered to global customers during the quarter and a public spat between Musk and financial regulators.

Shares fell less than a percent to $258.00 in after-hours trade.

(Reporting by Vibhuti Sharma in Bengaluru and Alexandria Sage in San Fransisco; Editing by Arun Koyyur and Lisa Shumaker)