Tesla is making its own car carriers

(Reuters) - Tesla Inc is building its own car carriers, as the electric carmaker faces vehicle distribution problems. The company is upgrading its logistics system but running into an 'extreme' shortage of car carrier trailers, Chief Executive Elon Musk tweeted on Monday in response to a customer, who placed order for a Model 3 All Wheel Drive (AWD) in June but has yet to receive the car. 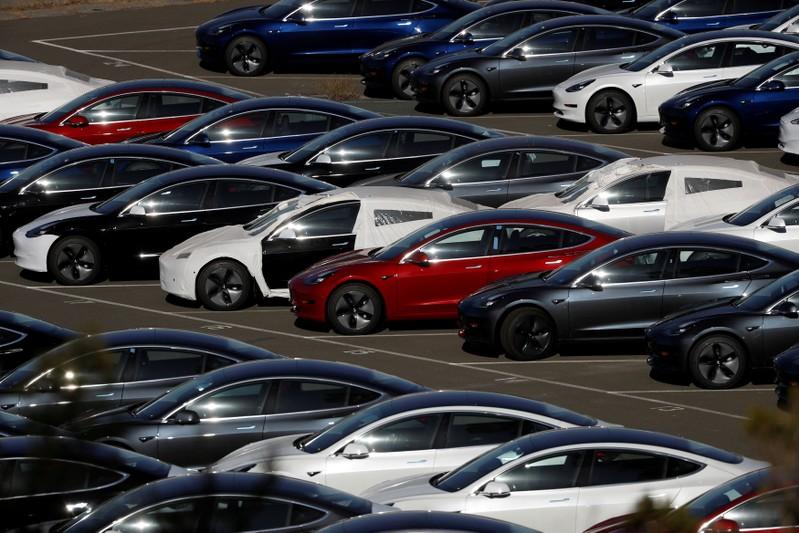 The company is upgrading its logistics system but running into an "extreme" shortage of car carrier trailers, Chief Executive Elon Musk tweeted on Monday in response to a customer, who placed order for a Model 3 All Wheel Drive (AWD) in June but has yet to receive the car.

"Started building our own car carriers this weekend to alleviate load," Musk said.

Earlier this month, Musk acknowledged that the company was facing more logistical problems now than production delays. He has been under intense pressure to prove he can deliver consistent production numbers for the Model 3 sedan, which is seen crucial to Tesla's plan to become a mass-market automaker.

(Reporting by Sonam Rai in Bengaluru; Editing by Maju Samuel)