By Alexandria Sage and Vibhuti Sharma (Reuters) - Tesla Inc on Wednesday posted a steeper-than-expected loss in its second quarter as profit margins on its vehicles narrowed, saying it still aimed for profit in the current quarter even as growth and cash took priority. 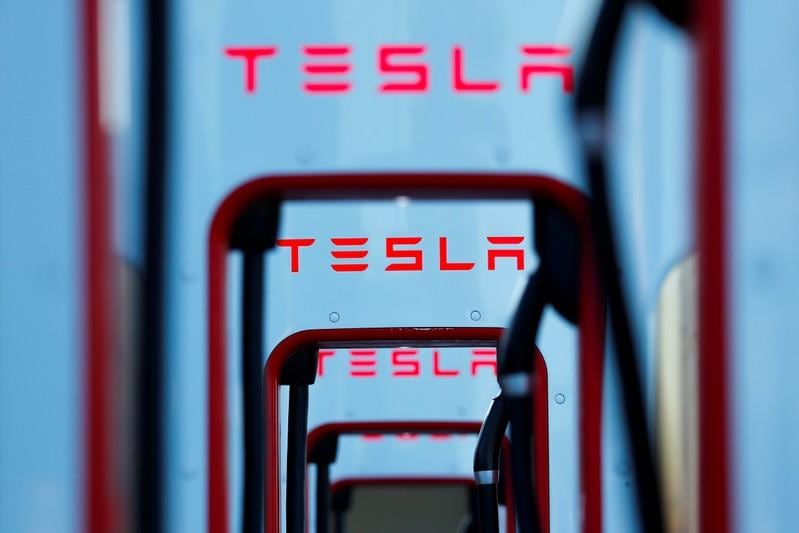 Automotive gross margins, a key focus for investors, dropped in the quarter from 20% to 19%, even as revenue from robust deliveries fell short of analysts' expectations.

Under pressure to meet his promise to post profit in the second half of the year, Chief Executive Elon Musk is trying to contain costs while still spending on major initiatives from a Shanghai factory and assembly-line to upcoming models such as the Model Y SUV and a Semi commercial truck.

The company has laid off workers and pledged to close some stores to lower costs. Facing increased competition from a slew of European rivals with electric offerings, it has also tinkered with its pricing and dropped some lower-priced versions of its models in recent months.

Musk has rolled back profit pledges after initially promising Tesla would be profitable starting from the third quarter of 2018. Following a drop in first-quarter deliveries, Tesla warned in February it would not be profitable in that quarter. It gave a similar warning for the second quarter in April, saying it expected to return to profitability in the third quarter.

On Wednesday, Tesla was less definitive: "We continue to aim for positive GAAP net income in Q3 and the following quarters, although continuous volume growth, capacity expansion and cash generation will remain the main focus."

The company on Wednesday repeated a target of producing 10,000 vehicles per week by the end of 2019.