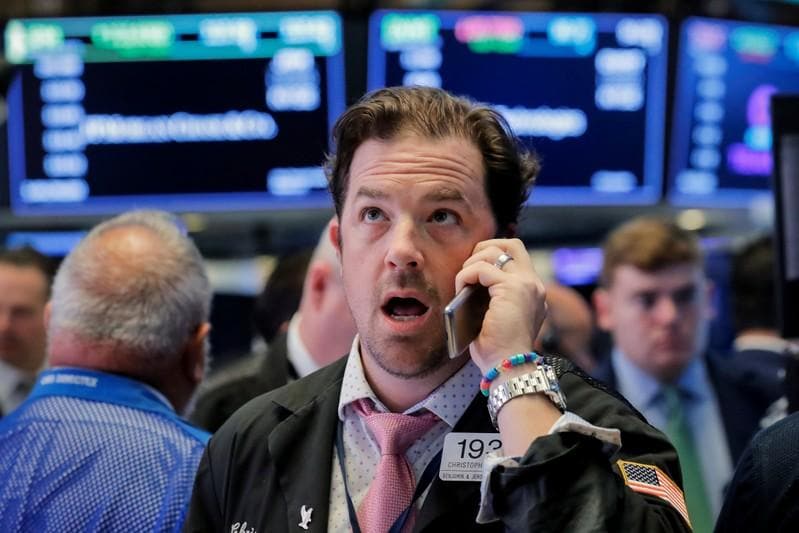 The S&P 500 technology index <.SPLRCT> fell 2.2 percent, the most among the major S&P sectors. Shares of Apple Inc

The pressure on tech stocks started on Thursday when Facebook Inc

"These have been absolutely high-flying stocks, white-hot," said Chad Morganlander, portfolio manager at Washington Crossing Advisors in Florham Park, New Jersey. "Any deceleration in performance applies tremendous pressure to the group....It forces the market to take a breather."

The Nasdaq was on pace for its biggest daily percentage drop since June 25, a day after registering its greatest one-day percentage decline in a month.

Intel and Twitter's disappointing results overshadowed data from the Commerce Department that the U.S. economy grew at a 4.1 percent annualised rate in the second quarter, its fastest pace in nearly four years, on higher consumer spending and as farmers rushed soybean shipments to China to beat tariffs.

Economists cautioned against putting too much weight on the growth, which matched expectations, as the trade-related boost is expected to unwind later this year.

Declining issues outnumbered advancing ones on the NYSE by a 2.20-to-1 ratio; on Nasdaq, a 3.52-to-1 ratio favoured decliners.