By Sruthi Shankar (Reuters) - The S&P 500 and the Nasdaq came under pressure from weakness in technology stocks ahead of Apple's results on Tuesday, while a rebound in industrial stocks lifted the Dow. 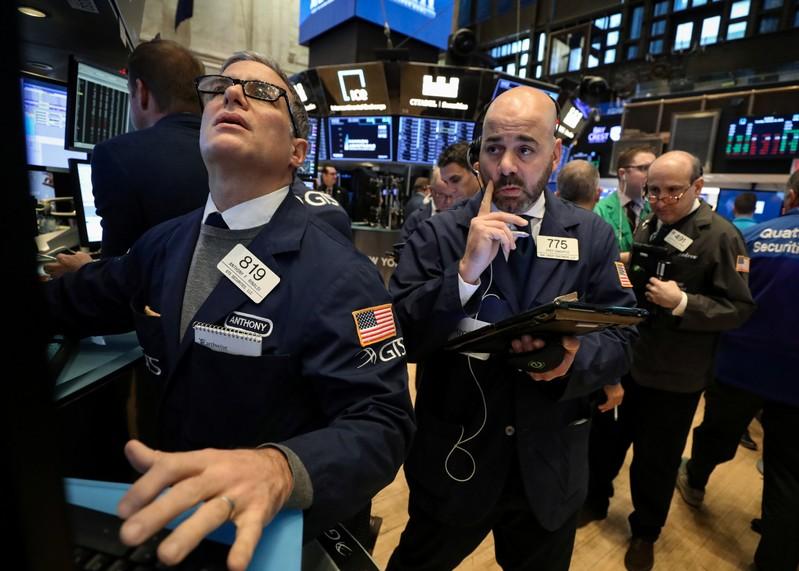 (Reuters) - The S&P 500 and the Nasdaq came under pressure from weakness in technology stocks ahead of Apple's results on Tuesday, while a rebound in industrial stocks lifted the Dow.

U.S. stocks tumbled on Monday as profit alerts from Caterpillar Inc and Nvidia Corp raised fears that a slowdown in China and tariffs could take a bigger hit on profits.

Industrial stocks, which took a beating after Caterpillar's warning on Monday, rose 1.1 percent, helped by upbeat reports for 3M Co and defense companies.

Apple Inc, set to report after market close on Tuesday, was trading flat. The iPhone maker earlier this month took the rare step of cutting its quarterly sales forecast, blaming slowing sales in China, whose economy has been dragged down by a tit-for-tat tariff war with the United States.

"There's a cautious approach today," said Paul Brigandi, Managing Director and Head of Trading at Direxion. "No one wants to place any large bets ahead of big events like the jobs report, the Fed meeting, the U.S.-China tariff negotiations along with it being the biggest week for earnings,"

As Washington and Beijing officials prepare for a high-level trade meeting this week, the Justice Department leveled charges against China's telecom giant Huawei, potentially casting a cloud on the talks.

The Federal Reserve begins its two-day monetary policy meeting on Tuesday. After raising rates gradually last year, the central bank is taking a wait-and-see approach to further tightening in the face of an overseas slowdown and market volatility.

The S&P index recorded 10 new 52-week highs and one new low, while the Nasdaq recorded 23 new highs and 21 new lows.