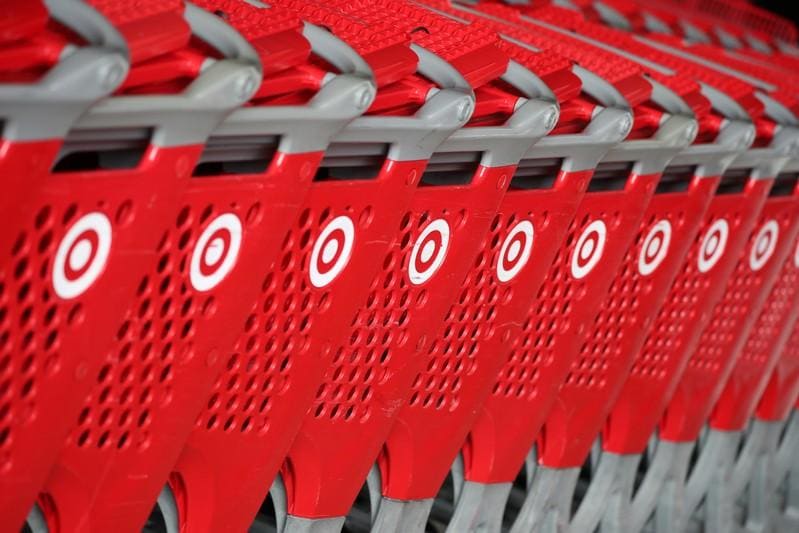 By Nivedita Balu and Aishwarya Venugopal

(Reuters) - Target Corp signaled a strong start to the holiday season and raised its full-year earnings forecast on Wednesday, betting on its aggressive push into faster delivery and investments in store revamps, sending its shares up 13%.

The company also reported better-than-expected quarterly results on the back of strong demand for its apparel, in contrast with other retailers, which have cut their forecasts, triggering fears of weaker consumer spending.

Target has spent billions of dollars on building its private label business and opening smaller stores in college towns and urban areas to lure customers, helping it gain an edge over its rivals.

Target's focus on same-day delivery services such as drive-up, click-and-collect and Shipt as well as a new loyalty program is expected to help the retailer win more customers during the Thanksgiving and Christmas shopping period.

The holiday season is crucial for retailers as it can account for as much as 40% of annual sales. The season has six fewer days this year, prompting retailers to be more aggressive with deals and deliveries.

"We're very excited about the opportunity this holiday season with the growth we've seen and the growth that's in front of us from a same-day perspective," Chief Operating Officer John Mulligan told analysts on a post-earnings call.

Target's investments in its same-day delivery services accounted for 80% of its digital comparable sales growth, which surged 31% in the third quarter. Its store traffic was up 3.1%.

Overall same-store sales rose by a better-than-expected 4.5% and the company earned $1.36 per share on an adjusted-basis in the quarter ended Nov. 2.

"Target continues to operate in rarified air, with Q3 results outstanding across the board," Moody's retail analyst Charlie O'Shea said.

(Reporting by Aishwarya Venugopal and Nivedita Balu in Bengaluru; Editing by Anil D'Silva)