By Aishwarya Venugopal and Melissa Fares (Reuters) - Target Corp blew past analyst expectations for quarterly profit and sales on Wednesday as more Americans used the retailer's quick-delivery services to buy everything from electronics to home goods during the COVID-19 pandemic. 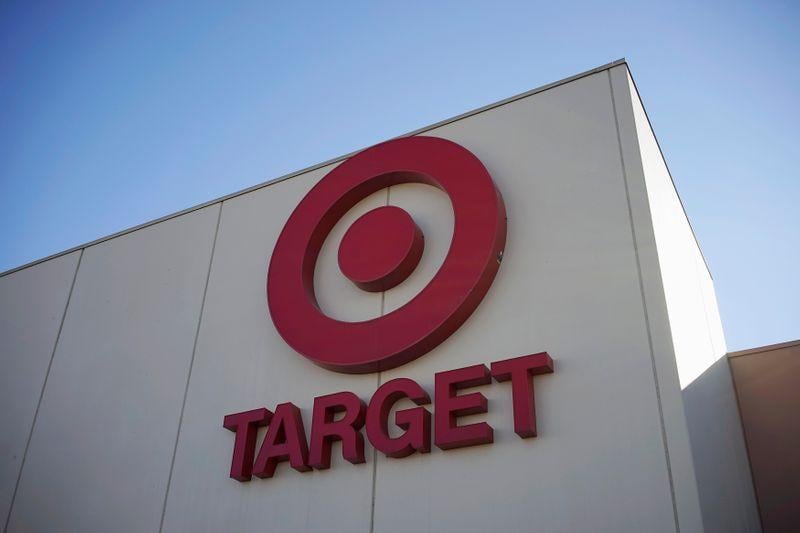 By Aishwarya Venugopal and Melissa Fares

(Reuters) - Target Corp blew past analyst expectations for quarterly profit and sales on Wednesday as more Americans used the retailer's quick-delivery services to buy everything from electronics to home goods during the COVID-19 pandemic.

Shares of the Minneapolis-based retailer hit a record high of $168.42 with a gain of about 3% in morning trading, adding to the 27% advance seen so far this year.

Comparable digital sales rose 155% in the third quarter, the company said, driven largely by same-day services like Drive up, Shipt or straight in-store pick ups, with more than 95% of sales being fulfilled through stores.

Target, which operates nearly 1,900 stores, has emerged as one of the big winners from the disruption caused by the coronavirus health crisis as investments in its private label and online business, including faster shipments, have paid off.

While people were making fewer trips outdoors, many who did venture out visited Target, raising its store traffic during the quarter. Bigger rival Walmart on Monday said it saw foot traffic fall, though U.S. e-commerce sales surged 79%.

"The investments we've made in safety and our team are being recognized, and they're rewarding us even during the pandemic with more and more trips to our stores," said Chief Executive Officer Brian Cornell said on a media call.

The retailer was also winning the loyalty of fresh customers, analysts said.

"It's clear that Target is not only gaining new customers but also retaining them, which will be critical as we move into 2021," said Gordon Haskett analyst Chuck Grom.

Comparable sales, which include online and store sales, rose 20.7% in the third quarter ended Oct.31, trouncing expectations for an 11.31% increase, according to IBES data from Refinitiv.

Electronics sales jumped more than 50%, while comparable sales for the home category were up in the mid-20% range.

Other categories that performed well in the quarter included home decor, intimates and sleepwear, men's apparel, food and beverage, toys, and beauty.

Earlier this month, Target said it struck a long-term deal with Ulta Beauty Inc to open the cosmetics store chain's stores at the retailer's locations.

The pandemic has forced retailers to bring forward their holiday promotions, casting a shadow over the traditional holiday shopping season from Thanksgiving to Christmas day.

"We expect this to be a season that's going to be very different, unlike any other we've ever seen. But we expect that guests will decorate their home, and there'll be gifts under the tree," Cornell said.

Retailers that have seen sales surge during the pandemic, including Target and Walmart, are grappling with how to restock shelves quickly with highly sought essentials, especially as COVID-19 cases are surging in much of the United States and across the world, spurring Britain and other countries in Europe, and many American states, to go into another lockdown.

Target, whose inventory of cleaning and paper products had taken a hit at the start of the health crisis, said it was making progress in these categories even though sales had not returned to pre-pandemic levels. It said it felt "well positioned" in all of its major categories heading into the peak of the holiday season.

(Reporting by Aishwarya Venugopal in Bengaluru and Melissa Fares in New York; Editing by Sriraj Kalluvila and Bernadette Baum)