By Simon Johnson, Johan Ahlander and Helena Soderpalm STOCKHOLM (Reuters) - Sweden's Economic Crime Authority (EBM) widened its Swedbank investigation to include suspected fraud following a raid on Wednesday on the Swedish bank's headquarters in an inquiry into its handling of money laundering allegations. 'The information paints a picture of Swedbank appearing to have spread misleading information to the public and the market about what the bank knew about suspected money laundering within Swedbank in the Baltic States,' the EBM said in a statement 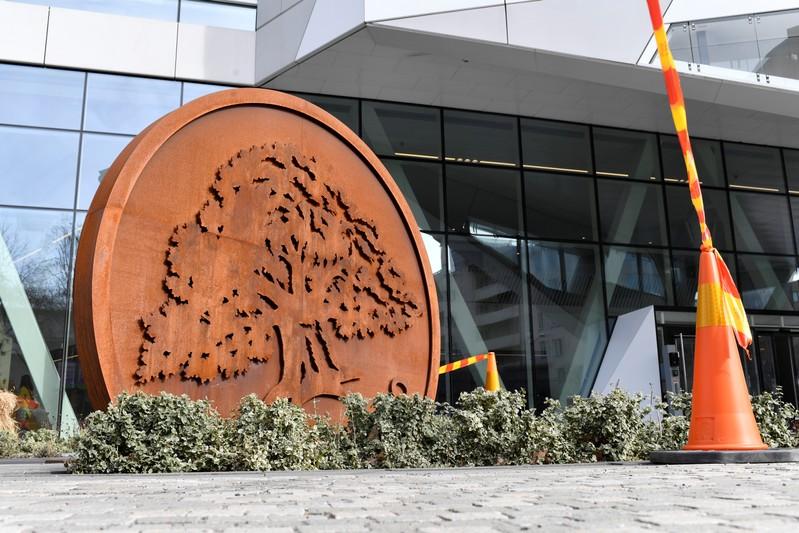 STOCKHOLM (Reuters) - Sweden's Economic Crime Authority (EBM) widened its Swedbank investigation to include suspected fraud following a raid on Wednesday on the Swedish bank's headquarters in an inquiry into its handling of money laundering allegations.

"The information paints a picture of Swedbank appearing to have spread misleading information to the public and the market about what the bank knew about suspected money laundering within Swedbank in the Baltic States," the EBM said in a statement.

Money laundering allegations against Swedbank have sparked fears that the largest lender in the Baltic region will become embroiled in a scandal engulfing rival Danske Bank, and face the threat of lawsuits, fines and other sanctions.

Swedbank Chief Executive Birgitte Bonessen said she was doing everything she could to handle the situation, adding that nobody at the bank had been charged with committing a crime.

"This has been a very tough day for Swedbank, our employees and our shareholders. We will cooperate with EBM (Economic Crime Authority) and we await the conclusions of the authority," she said in a statement.

Bonnesen also addressed allegations by Swedish state broadcaster SVT that Swedbank was under investigation by the New York Department of Financial Services (DFS) for having allegedly misled investigators over customer transactions linked to Mossack Fonseca, a Panamanian law firm at the centre of a global tax avoidance and money laundering scandal.

SVT said it had obtained confidential documents showing that although Swedbank told the DFS it only had customers from Sweden and Norway with ties to Mossack Fonseca, companies with ties to the law firm had done business through Swedbank in the Baltics.

SVT said the DFS had written to Swedbank on Feb. 20 to say it was looking into seven separate matters. The DFS and Sweden's financial watchdog declined to comment.

"Swedbank believes that it has been truthful and accurate in its communications with all government authorities," said Bonnesen who oversaw the bank's anti-money laundering policy between 2009 and 2011 before heading its Baltic operations.

Bonnesen has repeatedly said she has confidence in the lender's anti-money laundering procedures and that the bank reported suspicious transactions to authorities.

But in recent days investors have criticised Swedbank's handling of the issue, setting up a showdown with management at its annual general meeting on Thursday.

Swedbank, whose shares closed down 11.9 percent, has lost more than a quarter of its stock market value since being linked with Danske Bank, whose Estonian branch was used for as much as 200 billion euros ($227 billion) of suspicious payments between 2007 and 2015.

Sweden's EBM said the head office search was part of its inquiry into whether Swedbank breached insider trading regulations by informing major shareholders about SVT's initial report before the information was made public.

Bill Browder, an investor who campaigns to expose money laundering, has filed a separate criminal complaint with Swedish authorities and SVT previously reported that internal documents show Swedbank's board knew it had missed suspicious transactions but failed to take corrective action.

Swedbank has said it cannot comment on specific transactions or details about clients due to banking confidentiality laws.