STOCKHOLM (Reuters) - An internal Swedbank report identified major breaches of anti-money laundering obligations involving its business in Estonia, Swedish public broadcaster SVT said on Tuesday after having seen a copy of the document. Swedbank, which is the subject of a joint investigation by Swedish and Baltic regulators, said the draft report cited by SVT had been included in a wider external investigation which it announced last week and had been made available to authorities 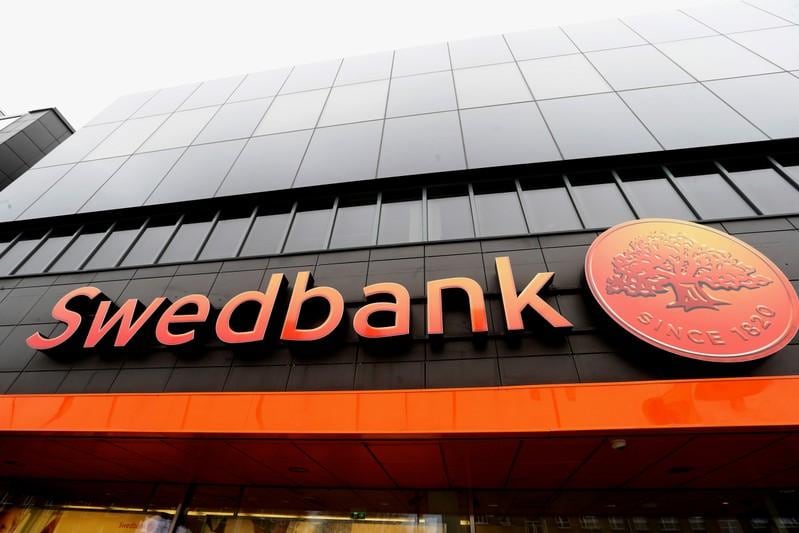 STOCKHOLM (Reuters) - An internal Swedbank report identified major breaches of anti-money laundering obligations involving its business in Estonia, Swedish public broadcaster SVT said on Tuesday after having seen a copy of the document.

Swedbank, which is the subject of a joint investigation by Swedish and Baltic regulators, said the draft report cited by SVT had been included in a wider external investigation which it announced last week and had been made available to authorities.

The Swedish bank conducted a review of its Estonian branch after a scandal at Danske Bank's Estonian branch which was used to funnel some 200 billion euros ($227 billion) of suspicious payments between 2007 and 2015.

SVT said the report identified a number of failings including accepting customers posing a high risk of money laundering "despite the lack of information regarding beneficial owners, corporate structure, source of funds and the real nature and purpose of the business relationship".

”A significant number of the HRNR (high-risk, non-resident)customers should never have been onboarded," the report said.

Swedbank said in a statement on Tuesday it was continuing to conduct a deeper analysis of the information and working with external partners and authorities in investigating the money laundering allegations.

Swedbank said last week it would continue to strengthen its anti money-laundering capabilities, saying it had flagged some 3,800 suspicious transactions to local authorities in the Baltics in 2017 and 2018, while business dealings with 886 non-resident customers had been terminated in the region.

The Swedbank board has also backed its chief executive Birgitte Bonnesen, who was chief audit executive at Swedbank between 2009 and 2011, a job which included overseeing the bank's anti-money laundering policy.

Bonnesen then moved on to run the lender's Baltic operations until 2014.

Swedish pension fund manager Alecta, which as a roughly 5 percent stake in Swedbank, said on Tuesday it was not satisfied with the board's handling of the money-laundering investigation and called on it to increase transparency as soon as possible.

Alecta said the board needed strengthening and that the nomination committee had put forward Karin Hermansson, a former chief executive of the Swedish Securities Dealers Association, as an extra member of the board.

"Trust in the bank is damaged and therefore the nomination committee has now begun work on strengthening the board," Alecta chief executive Magnus Billing said in a statement.