By Sinead Cruise, Iain Withers and Lawrence White LONDON (Reuters) - Negative interest rates would punch a big hole in UK banks' profits without necessarily delivering the intended lifeline to Britain's frail economy, senior bankers have warned. The Bank of England has not ruled out cutting rates below zero, taking a leaf out of the European Central Bank's book, to jump-start lending and spur companies to invest and protect jobs. But there are key differences in Britain's economic situation and its banks, which have bigger retail deposits than European rivals 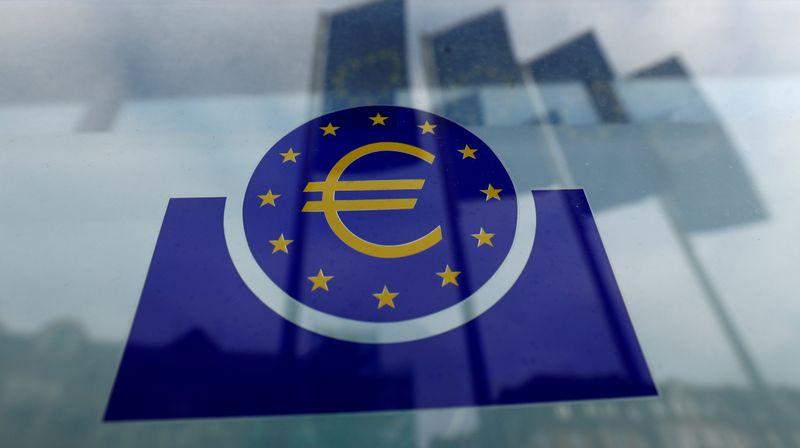 The Bank of England has not ruled out cutting rates below zero, taking a leaf out of the European Central Bank's book, to jump-start lending and spur companies to invest and protect jobs.

But there are key differences in Britain's economic situation and its banks, which have bigger retail deposits than European rivals. This could make negative rates less effective, while damaging bank business models at the same time, bankers and analysts said.

Crucially, boosting lending to businesses and retail customers in the age of COVID-19

is far more challenging than in 2014 when the ECB rolled out negative rates.

The problem now amid rolling government lockdowns is that fewer people want to borrow and many firms have mothballed investments until they are certain it is safe to spend.

"Companies will continue to want to hold liquidity buffers as part of their financial resilience and negative rates is unlikely to change this behaviour," said Naresh Aggarwal, associate director at the Association of Corporate Treasurers.

The BoE has estimated that UK household deposits grew by 17 billion pounds ($22.29 billion) a month from March to June, more than triple the rate in the previous six months.

UK banks have three times the volume of household or retail deposits to non-financial corporations, compared with 2.6 times for the euro area, analysts at Jefferies estimated.

Supporters of negative rates in Britain point to the euro zone as an example of success.

Loan growth steadily increased across the area after 2014, with the wider boost to economic activity and asset prices supporting banks by lowering impairments.

Bank of England policymaker Silvana Tenreyro last month said evidence from the euro zone and Japan showed that cutting interest rates below zero had succeeded in reducing companies' borrowing costs without hurting banks too much. [nL8N2GN0JA]

But others, including Bank of England deputy governor Dave Ramsden, have highlighted the distinctions between the UK and euro zone banking systems, and say the market response could be entirely different. [nL8N2HC4QG]

Preparations for sub-zero rates would be costly and time-consuming for UK banks, but most have dealt with negative rates on euro transactions for years, bank sources said.

Instead, they want regulators to spend more time assessing how many banks can handle negative rates without passing the costs on to depositors and how it might affect smaller rivals trying to compete with the big established players.

"If banks can't make the money in net interest margin, that's going to affect the fee structure of the bank," Metro Bank

"I don't know if that means banks start charging for current accounts but inevitably we'll be having conversations about how we make money."

Banks could prop up margins by upping fees, the price of new lending or charging for deposits but those options will be hard to implement.

Euro zone banks could offset the hit to margins from negative rates because they typically charge for basic banking services. But British retail banking customers could baulk at paying a fee on deposits.

"It is a difficult conversation to have ... we're going to charge you for the privilege of savings," said EY's European head of banking Nigel Moden.

UK banks are also constrained by ring-fencing regulation, meaning they can only lend retail deposits in lower-risk, lower-reward domestic lending, further eroding the earnings power of their capital.

Even if sub-zero rates do boost lending, the likely hit to British banks' bottom line could be substantial.

UK bank profits in 2021 would be likely to fall by between 5-13% for every 25 basis point cut in base rates across their markets globally, UBS analysts said.

John Cronin, analyst at Goodbody, said NatWest was likely to have the most to lose from negative rates due to its lower profitability and greater reliance on current account funding, followed by Lloyds and Virgin Money

"While I wouldn't play down the operational challenge, the costs are likely to be overshadowed by the hit to interest income streams," he said.

The chairman of NatWest, Howard Davies and Virgin Money Chief Executive David Duffy, have publicly criticised any move to push rates below zero. Negative rates will also force banks to begin paying the BoE to hold cash on their behalf. The bigger the bank, the bigger the ongoing expense.

"The rationale is if I'm having to do that I might be more incentivised to lend rather than hold the cash," said Paul Lynam, CEO of SecureTrust Bank

Nick Lee, Head of Regulatory Affairs at small business lender OakNorth said his bank's "strong" net interest margin made sub-zero rates less of a worry but tough times loomed for others which might be forced to charge for in-credit banking or cover costs in other ways.

"Profit across the sector is under pressure and returns on equity are depressed so it may lead to a host of further cost cutting," he said.

Some cost-conscious companies could even be tempted to consolidate deposits with a single lender if charges are introduced.

"No one is going to dump the important relationships if and when rates move from zero to negative but we may see this accelerate a bit of life laundry where corporates streamline their smaller banking relationships," the ACT's Aggarwal said.