By April Joyner NEW YORK (Reuters) -Stocks rose on Wednesday as investors waved away a threat by U.S. President Donald Trump not to sign a pandemic relief bill, while the British pound soared on rising expectations of a Brexit trade deal. In a video posted on Twitter, Trump said the stimulus bill, agreed upon after months of wrangling in Congress, was 'a disgrace' and that he wanted to increase 'ridiculously low' $600 payments for individuals to $2,000 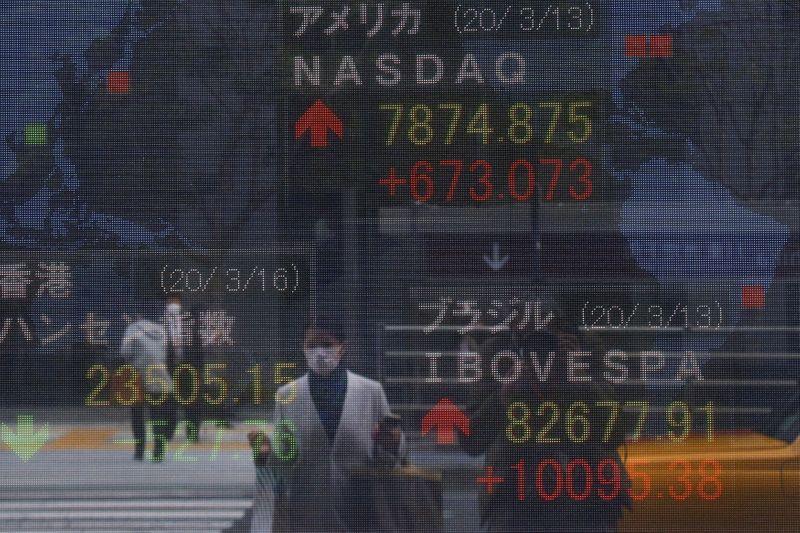 NEW YORK (Reuters) -Stocks rose on Wednesday as investors waved away a threat by U.S. President Donald Trump not to sign a pandemic relief bill, while the British pound soared on rising expectations of a Brexit trade deal.

In a video posted on Twitter, Trump said the stimulus bill, agreed upon after months of wrangling in Congress, was "a disgrace" and that he wanted to increase "ridiculously low" $600 payments for individuals to $2,000.

The benchmark S&P 500 U.S. stock index nonetheless advanced as cyclical sectors such as energy and financials, expected to benefit most from an economic recovery, led in percentage gains.

Market analysts said they still believed a fiscal package would come soon, whether under Trump, a Republican, or President-elect Joe Biden, a Democrat. Some investors could be holding out hope for even more aid given Trump's remarks, said Phil Orlando, chief equity market strategist at Federated Hermes.

"The Street must be thinking, 'Alright, we'll get a bigger stimulus,'" he said. "Republicans have the president's cover to sit down and negotiate a bigger deal."

In Europe, the STOXX index ended 1.1% higher after reports that Britain and the European Union were close to a trade agreement after difficult, protracted negotiations, with a year-end deadline looming.

The Brexit trade deal news also boosted sterling, which gained 0.92% against the dollar to $1.35. In a further shot in the arm for the pound, Paris lifted its ban on freight coming from Britain, which it had enacted in response to a fast-spreading COVID-19 variant in the United Kingdom.

With a Brexit trade deal seeming likely, "investors are looking once again to recovery," said Garrett Melson, portfolio strategist at Natixis Investment Managers Solutions. "It was being held up by the trade dynamic between Britain and the EU."

In accordance with Wednesday's risk-on sentiment, U.S. Treasury yields jumped to their highest level since Dec. 7. They received a lift from the Brexit trade deal developments after having fallen earlier in response to Trump's stimulus comments.

The yield between two- and 10-year yields steepened to its the widest spread since October 2017. European bond yields largely climbed as well.

In oil markets, the weakening in the dollar and a drawdown in U.S. crude inventories, based on data from the Energy Information Administration, boosted prices. The EIA data contrasted with the American Petroleum Institute's earlier report showing a gain in inventories. Brent and U.S. crude both rose more than 2%.