By Matt Scuffham NEW YORK (Reuters) - Global stocks rose on Tuesday, helped by strong corporate earnings in the United States and Europe, while sentiment was boosted by the International Monetary Fund raising its forecast for global growth in 2021. Wall Street's main indexes all rose. Impressive results from a slew of companies, including General Electric and Johnson & Johnson, pushed the S&P 500 to a record high 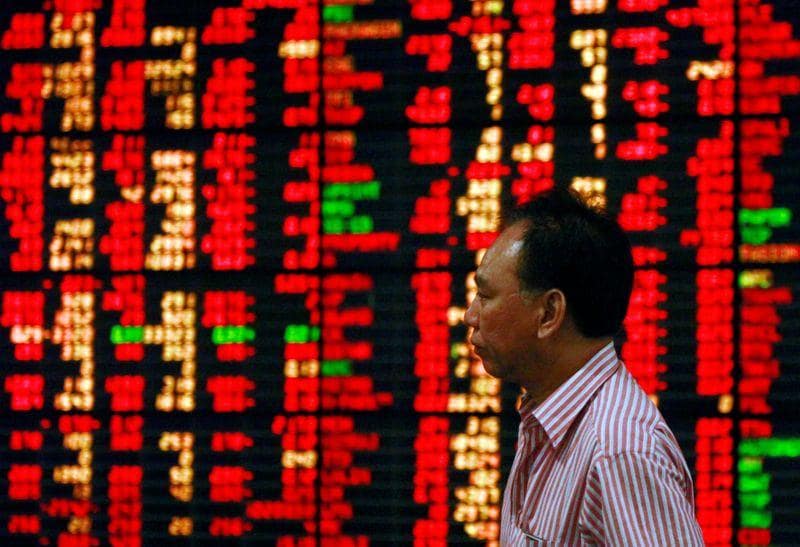 NEW YORK (Reuters) - Global stocks rose on Tuesday, helped by strong corporate earnings in the United States and Europe, while sentiment was boosted by the International Monetary Fund raising its forecast for global growth in 2021.

Wall Street's main indexes all rose. Impressive results from a slew of companies, including General Electric and Johnson & Johnson, pushed the S&P 500 to a record high.

The pan-European STOXX 600 index closed up 0.6%, with a rally in automakers, industrial companies and SAP helping the German DAX outperform.

The IMF raised its forecast for global economic growth in 2021 and said the coronavirus-triggered downturn in 2020 would be nearly a full percentage point less severe than expected.

Italy's FTSE MIB rose 1.2% after Prime Minister Giuseppe Conte handed in his resignation to the head of state, hoping he would be given an opportunity to put together a new coalition and rebuild his parliamentary majority.

After a "buy everything" rally over several months supported by money-printing pandemic stimulus packages, near-zero interest rates and the start of COVID-19 vaccination programs, some investors are worried markets may be near "bubble" territory.

They point to rocketing prices of assets such as bitcoin or, on Monday, the soaring stock of short-squeezed videogame retailer Gamestop.

Investors were watching as the Federal Reserve kicked off its two-day policy meeting.

"Investors don't expect the Fed to give any reason to think they are getting closer to talking about when they will consider scaling back QE, but nervousness is brewing on Wall Street," said Edward Moya, senior market analyst at OANDA in New York.

Mounting coronavirus cases and uncertainty over the timing and size of fiscal stimulus also tempered sentiment.

Disagreements have meant months of indecision in the United States, where new cases have been above 175,000 a day and millions of people are out of work.

Democrats in the U.S. Senate will act alone to approve a fresh round of stimulus if Republicans do not support the measure, Majority Leader Chuck Schumer said.

U.S. Treasury yields were narrowly mixed in choppy trading, after hitting three-week lows on the long end of the curve, as investors remained cautious about the size of a U.S. stimulus package and the slow global roll-out of coronavirus vaccines.

All had touched milestone highs earlier this month.