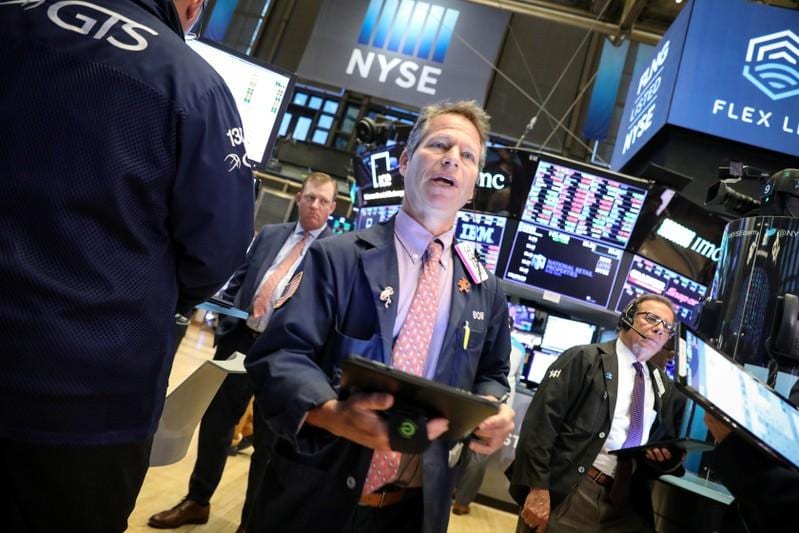 The euro also weakened after Draghi said the ECB will ease policy again if inflation fails to accelerate, signaling one of the biggest policy reversals of his eight-year tenure.

Draghi's comments spurred talk that the Federal Reserve would also soon start easing monetary policy by cutting interest rates, with the U.S. central bank set to give its policy statement on Wednesday.

"In the U.S., it got translated into, 'Oh great, this means the Fed will have to cut,'" said Carol Schleif, deputy chief investment officer with Abbot Downing in Minneapolis. "But we don’t necessarily think they have to or should this soon."

The Fed is expected to leave borrowing costs unchanged at its meeting this week but possibly lay the groundwork for a rate cut later this year.

Trump has sought to influence the Fed to cut rates. In response to Draghi's comments, Trump on Tuesday accused the ECB president of trying to weaken the euro to gain an unfair competitive advantage.

Trump also said he would have an extended meeting with Chinese President Xi Jinping at the G20 summit later this month, as the world's two largest economies rekindle trade talks. China, which previously declined to say whether the two leaders would meet, confirmed the get-together.

"There had been some question in markets in the last few days about whether or not that meeting was actually going to happen," Schleif said. "It still remains to be seen what comes out of that meeting."

MSCI's gauge of stocks across the globe gained 1.04%.

"Draghi was extremely dovish and this had a big impact on Treasuries as we anticipate the Federal Reserve," said Ellis Phifer, market strategist at Raymond James in Memphis, Tennessee.