By Lewis Krauskopf NEW YORK (Reuters) - A gauge of global stock markets strengthened on Wednesday, bolstered by gains on Wall Street, and benchmark U.S. Treasury yields and the dollar dropped after the Federal Reserve signaled possible interest rate cuts over the rest of this year. The U.S. 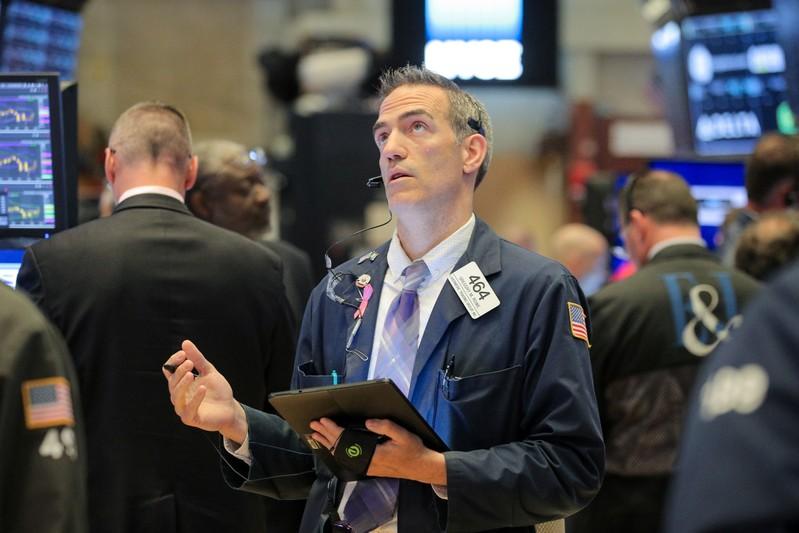 NEW YORK (Reuters) - A gauge of global stock markets strengthened on Wednesday, bolstered by gains on Wall Street, and benchmark U.S. Treasury yields and the dollar dropped after the Federal Reserve signaled possible interest rate cuts over the rest of this year.

The U.S. central bank held interest rates steady, as expected, but said it "will act as appropriate to sustain" the country's economic expansion as it approaches the 10-year mark and dropped a promise to be "patient" in adjusting rates.

The market expects the Fed could cut rates as soon as its next meeting, in July.

Nearly half of the Fed's policymakers now show a willingness to lower borrowing costs over the next six months.

Even policymakers who did not write down a forecast for a rate cut this year believe "that the case for somewhat more accommodative policy has strengthened," Fed Chairman Jerome Powell said in a news conference following the meeting.

Investors' hopes that the Fed would soon cut interest rates were fueled on Tuesday when European Central Bank President Mario Draghi hinted at economic stimulus, comments that drove up stocks and weakened yields.

"You have global central banks in a nearly orchestrated positioning, prepared to act if respective economies falter," said Quincy Krosby, chief market strategist at Prudential Financial in Newark, New Jersey. "Clearly the market is embracing it."

MSCI's gauge of stocks across the globe gained 0.70%. The index rose to its highest point in six weeks.

The pan-European STOXX 600 index ended little changed ahead of the Fed decision.

Investors will now turn attention to U.S.-China trade relations, with a meeting between U.S. President Donald Trump and his Chinese counterpart Xi Jinping set for next week's G20 meeting in Japan.

“You have the G20 summit coming up in a week and a half, said Eric Donovan, managing director, OTC FX-interest rates at INTL FCStone in New York. "It’s kind of ridiculous to think that the Fed was going to cut today."