By April Joyner NEW YORK (Reuters) - Lingering concerns over a new variant of COVID-19 in the United Kingdom weighed on a gauge of global equities on Tuesday and sent the euro, pound and Treasury yields lower. The benchmark U.S. S&P 500 stock index hovered near flat in choppy trade, despite the U.S. 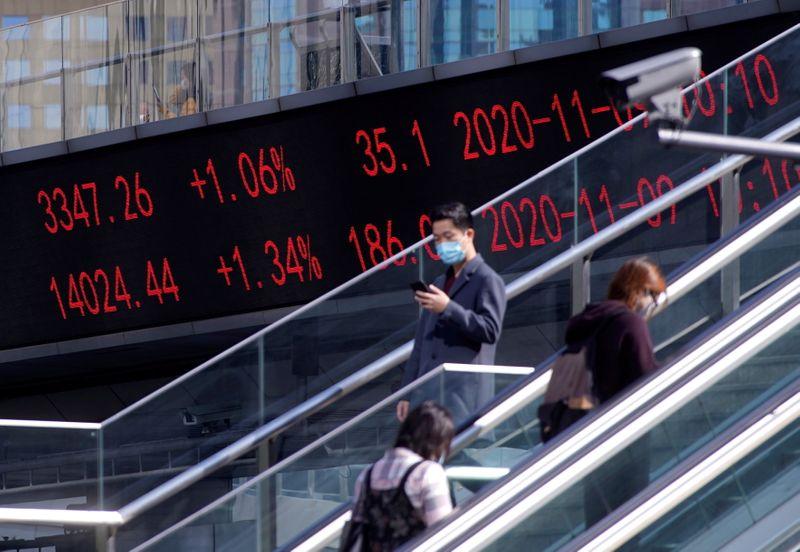 NEW YORK (Reuters) - Lingering concerns over a new variant of COVID-19 in the United Kingdom weighed on a gauge of global equities on Tuesday and sent the euro, pound and Treasury yields lower.

The benchmark U.S. S&P 500 stock index hovered near flat in choppy trade, despite the U.S. Congress's passage of an $892 billion coronavirus aid package.

Some investors said that the fiscal stimulus had already been priced into U.S. equities, while other observers considered the package underwhelming.

"There were probably hopes that there would be something bigger," said Michael Purves, chief executive of Tallbacken Capital Advisors. "There's a good chance the economy will need another package."

Weak U.S. economic data, including existing home sales and an index of consumer confidence, also stymied stocks while lending a boost to the dollar.

The sluggishness in U.S. stocks offset a rebound in European stocks, which had been pummeled on Monday as fresh coronavirus concerns mounted. Progress toward a trade deal between the European Union and the UK helped lift the pan-European STOXX index, which ended 1.18% higher. The STOXX logged its biggest one-day percentage gain in more than five weeks.

As a result of the performance in U.S. stocks, MSCI's index of global stocks slipped. It was last down 0.06%.

Among currencies, the euro and the pound dropped, in part on expectations that such restrictions could weaken Europe's economic outlook. On Monday, countries across the world shut their borders to Britain because of fears over the new variant.

Analysts remained pessimistic on the pound's prospects, even after reports of progress in Brexit trade talks.

MUFG said in a note to clients it expected London and Brussels would strike a last-minute deal, but added: "Even if a trade deal is reached, upside potential for the pound will now be dampened by recent negative COVID developments in the UK."

The risk-off sentiment in currency markets propped up the dollar index, which rose 0.591%. Even so, the index was still on course for a third consecutive quarterly loss.

Still, some investors maintained hope for a strong economic recovery in 2021, given expectations that vaccines would be effective against the new variant of COVID-19.

The new mutation "is a bump in the road, but that road is still leading to a much stronger recovery in the second half of next year," said Hugh Gimber, global market strategist at J.P. Morgan Asset Management.