By Hilary Russ NEW YORK (Reuters) - Stock markets around the world retreated on Monday amid concerns over the potential wider impact of a trade spat between China and the United States, while oil prices rallied to a four-year high after OPEC ignored U.S. calls to raise supply. Wall Street equities stumbled on a wave of uncertainty over the future of U.S. 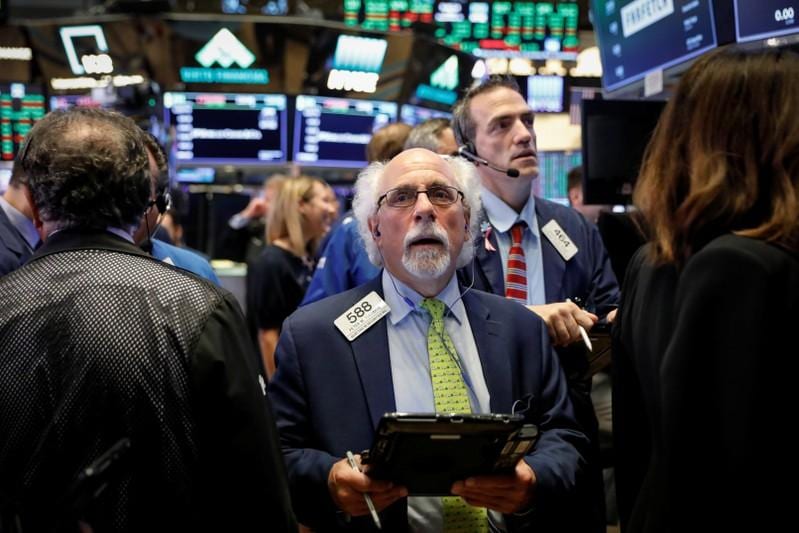 NEW YORK (Reuters) - Stock markets around the world retreated on Monday amid concerns over the potential wider impact of a trade spat between China and the United States, while oil prices rallied to a four-year high after OPEC ignored U.S. calls to raise supply.

Wall Street equities stumbled on a wave of uncertainty over the future of U.S. Deputy Attorney General Rod Rosenstein, who oversees the special counsel investigation into Russia's role in the 2016 presidential election.

The White House said President Donald Trump and Rosenstein are scheduled to meet on Thursday to discuss Rosenstein's future.

The White House announced the meeting after a flurry of conflicting media reports on whether Rosenstein had resigned.

The New York Times last week reported that Rosenstein had suggested secretly recording Trump in 2017 and recruiting Cabinet members to invoke a constitutional amendment to remove him from office.

U.S. Treasury yields across maturities briefly fell by around two basis points after an initial report that Rosenstein had resigned before ticking back up. Benchmark 10-year notes

In European equities markets, the benchmark index for euro zone blue chip stocks <.STOXX50E> retreated 0.6 percent, while the pan-European STOXX 600 <.STOXX>, which also includes stocks in Britain and outside the European Union, was down 0.56 percent.

China and the United States, the world's two biggest economies, implemented with fresh tariffs on each other's goods on Monday, showing no signs of backing down from an increasingly bitter trade dispute that is expected to knock back global economic growth.

"This is here to stay," said Adrien Dumas, a manager at Mandarine Gestion in Paris, arguing that because trade is at the core of the Trump administration's agenda, investors should accept that the issue is unlikely to recede any time soon.

"It's a negative and it adds to other issues," he said, pointing to stress in emerging markets or political risk in Italy and Britain.

A worsening trade environment is likely to exacerbate diverging economic performance and policy rates between different regions, Citi analysts said in a note on Monday.

"The U.S. economy is moving full steam ahead, bolstered by pro-cyclical policies, while others are lagging," they said.

Brexit, as Britain's planned exit from the European Union is known, weighed on sentiment. On Friday, British Prime Minister Theresa May said talks with the EU had hit an impasse.

British opposition leader Jeremy Corbyn said on Sunday he would support a second Brexit referendum if his Labour Party backs the move, heaping more pressure on May, amid speculation that she could opt to call a snap parliamentary election.

Oil prices jumped more than 3 percent to a four-year high after Saudi Arabia and Russia ruled out any immediate increase in production despite calls by Trump for action to raise global supply.