STOCKHOLM (Reuters) - Sweden has received 'very strong indications' that a British oil tanker seized last month by Iran in the Strait of Hormuz is to be released soon, Swedish public service broadcaster SVT reported on Thursday, citing sources within Sweden's foreign ministry. The Stena Impero, British-owned but operated by Swedish company Stena Bulk, was captured by Iran's Revolutionary Guards on July 19 after passing through the strait at the mouth of the Gulf. Iran's foreign minister, Mohammad Javad Zarif, visited Sweden earlier this week for talks with Sweden's foreign minister Margot Wallstrom. 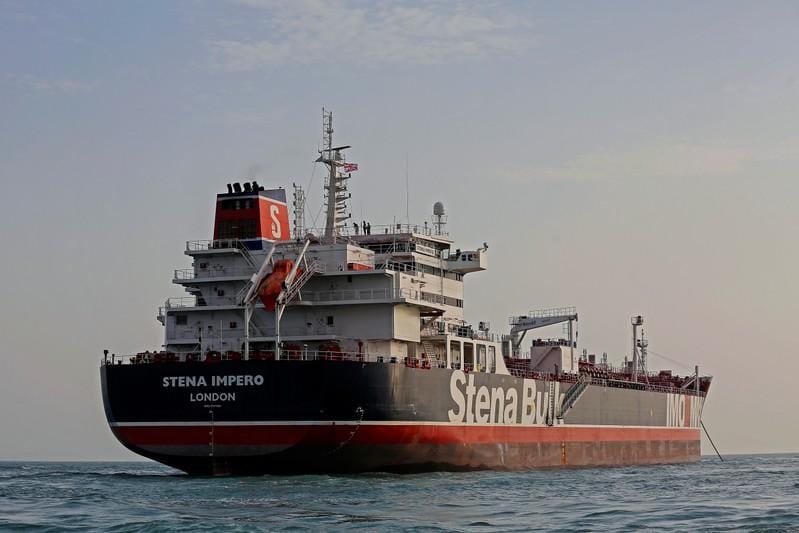 The Stena Impero, British-owned but operated by Swedish company Stena Bulk, was captured by Iran's Revolutionary Guards on July 19 after passing through the strait at the mouth of the Gulf.

The vessel is expected to be released within a few days, SVT reported, citing a source with insight into the talks that took place between Wallstrom and Zarif.

"We look positively at what Foreign Minister Zarif himself has said publicly about hopes for a possible quick solution for Stena Impero, but we do not disclose what is said in the meetings," a spokeswoman at Sweden's foreign ministry said in an e-mailed statement.