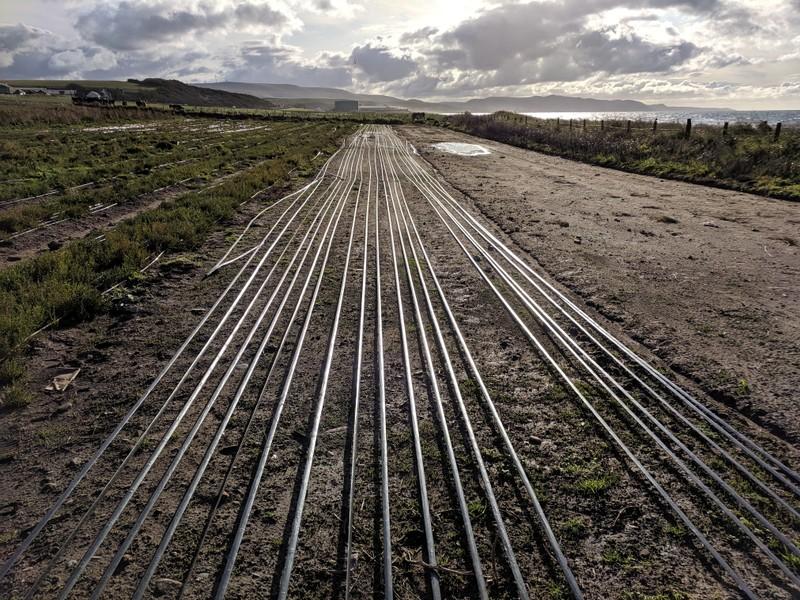 TURNBERRY, Scotland (Reuters) - A British startup is teaching farmers how to grow crops using water from a source which won't run out – the sea.

Seawater Solutions is helping farmers on Scotland's west coast adapt to the reality of less rain by choosing salt-resistant plants and developing saltmarshes - land flooded by tidal waters - for them to grow in.

"These plants can create eco-systems and promote wildlife, but they can also feed us in a sustainable way and return health to the soil," said Seawater Solutions founder Yanik Nyberg, as he planted sea aster – a flavoursome, wild plant.

The company is working with Jay Crawford, a potato and carrot farmer, to farm an acre of his land previously underused because of its exposure to the sea wind and salt spray.

Pipelines running from the sea bring water that recreates the tide and irrigates crops of bright green samphire stalks and sea blite, a herb-like plant that looks like rosemary, as well as aster.

Typically used as gourmet garnishes, the plants are becoming more mainstream and demand is growing by 10% per year, according to Seawater Solutions.

George Chubb of Glasgow greengrocer Roots and Fruits said the plants were really popular because of their "extreme taste" and "eco credentials".