Stars aligning for Everonn, stock tries to shake off blues

Since the arrest of managing director of Everonn, the stock has corrected from Rs 438 to a low of Rs 227.25 (NSE prices) on Wednesday (7 September), a fall of nearly 48 percent. The result: The stock lost Rs 364 crore in terms of value (market capitalisation).

On Wednesday, however, the stock seems to have reversed that trend. Though it opened 10 percent lower at Rs 227.25, heavy buying took the stock up to a high of Rs 272.70. However, sustained selling dragged the stock down. Everonn closed the day at Rs 248, down 1.78 percent over the previous close.A total of 1.66 crore shares were traded on both the exchanges. 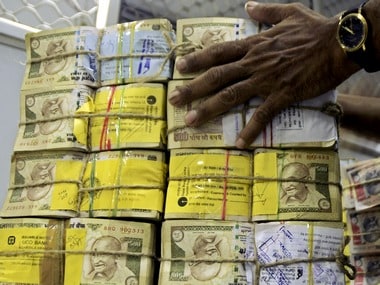 The income tax department conducted a raid and found that the company may have concealed nearly Rs 116 crore of taxable income. Reuters

News of a change in the top management seemed to have propelled the buying spree. Reports suggest that Nikhil Gandhi might take over as chairman of the company following the resignation of JJ Irani. Susha John has already been appointed the CEO of the company after the arrest of its managing director, P Kishore.

The income tax department conducted a raid and found that the company may have concealed nearly Rs 116 crore of taxable income. Kishore allegedly tried to pay a bribe of Rs 50 lakh to income tax officials to escape the net. Andasu Ravindar, additional commissioner of income tax in Chennai, was also held with the bribe amount.

Investors are getting jittery over the 8.52 percent share held by Kishore and the 20 percent share of the company being placed under pledge. Rapidly falling prices could have resulted in these shares being sold in the market, which could have further affected the prices.