Spectre of unemployment weighs on ASOS despite profit jump

By James Davey LONDON (Reuters) - The prospect of a major increase in unemployment over the coming months amongst ASOS's core 20-something customer base and a hit to their disposable income sent shares in the British online fashion retailer lower on Wednesday. 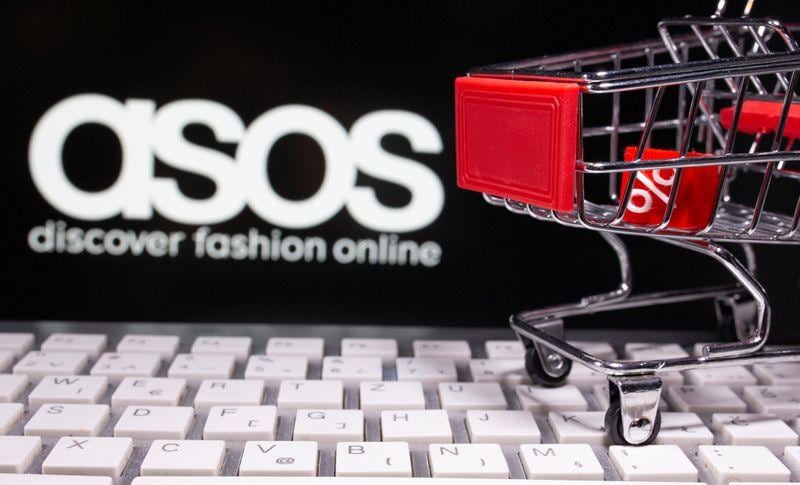 LONDON (Reuters) - The prospect of a major increase in unemployment over the coming months amongst ASOS's core 20-something customer base and a hit to their disposable income sent shares in the British online fashion retailer lower on Wednesday.

pandemic, and said it had made a "solid" start to its new financial year and was "well-set" for the peak trading period.

However, it said it was cautious on the outlook for consumer demand, and would remain so until lifestyles and financial stability for its 20-something customers start to normalise.

"Unemployment is going to be a problem, we feel, for our customers. The brunt of it will fall in the 20-something audience," Chief Executive Nick Beighton told Reuters.

He is also mindful of the impact of Brexit, and is assuming a no-deal outcome in Britain's future trading relationship with the European Union.

"If there is a Brexit deal with tariffs, we would have to suck up a substantial amount of operating cost," he said.

lockdowns when store-based rivals had to close shops for weeks. It has also benefited from fewer products being returned by shoppers during the crisis.

The pandemic has driven a big change in ASOS's product mix. It has dialed-down its going-out, occasion and partywear and dialed-up its casual lines, activewear, sportswear, and hair and make-up products.

"We're worried for our customers because the next three months is normally about partywear, going out, going to the pub, Christmas parties, all that stuff, but we've pivoted our product offer accordingly," said Beighton.

He anticipates a "very promotional" trading environment in the run-up to Christmas, meaning fashion retailers will offer more products at a discount to boost sales.

The group also said it would invest about 90 million pounds in a fourth warehouse. The site in central England is targeted to be up and running in the 2022-23 year, and would employ around 2,000.