By Medha Singh and Devik Jain (Reuters) - The S&P 500 slipped from a five-week high on Thursday as concerns about the economic toll from rising coronavirus cases nationwide were heightened by data showing elevated levels of unemployment claims. U.S 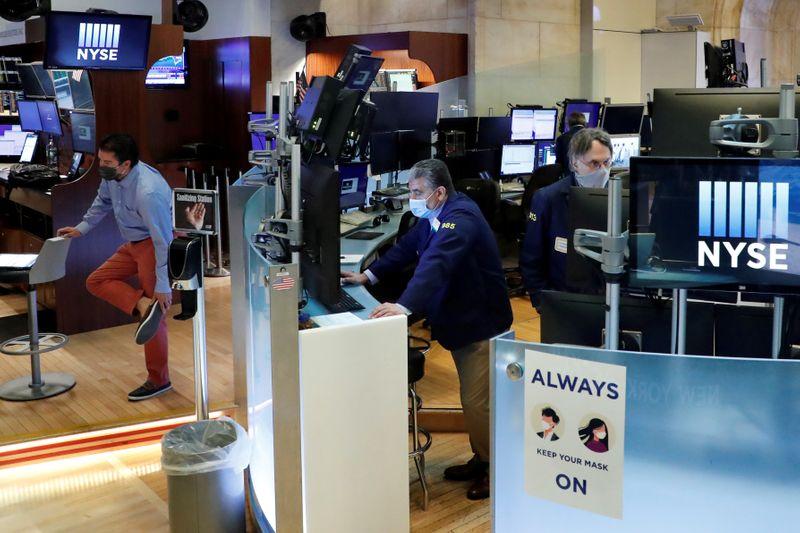 (Reuters) - The S&P 500 slipped from a five-week high on Thursday as concerns about the economic toll from rising coronavirus cases nationwide were heightened by data showing elevated levels of unemployment claims.

U.S. retail sales increased more than expected in June, but a resurgence in new COVID-19 cases is chipping at the budding recovery, keeping 32 million Americans on unemployment benefits.

The jump in domestic case loads has forced states such as California to shut down again, sparking fears of more business damage and slowing the pace of a Wall Street rally. The S&P 500 is about 5.8% away from its record high hit in February.

"The spike in COVID-19 cases across the country is raising a concern that if they continue to rise, what would it mean for the economy and potential shutdowns," said Stan Gregor, chief executive officer of Summit Financial LLC in Parsippany, New Jersey.

The S&P 500 has exceeded the Nasdaq by about 3 percentage points over the past week, its greatest five-day outperformance over the Nasdaq since late March, reflecting a shift away from Amazon.com, Microsoft Inc and other major technology companies that have led Wall Street's gains in recent months.

Utilities, industrials and materials were in favor among the major S&P sectors on Thursday.

"This is an early indication of good signs that money is now flowing away from completely overbought Nasdaq into those names that will bode well when the economy starts finding more of a solid footing," said Andrew Smith, chief investment strategist at Dallas, Texas-based Delos Capital Advisors.

Rounding up earnings reports of big banks, Bank of America Corp fell 2.4% after its second-quarter profit more than halved, while Morgan Stanley rose 2.2% after posting a record quarterly profit.

American Airlines dropped 6.7% as it sent 25,000 notices of potential furloughs to frontline workers and warned that demand for air travel is slowing again.

Tesla Inc slipped 2.4% as its vehicle registrations nearly halved in the U.S. state of California during the second quarter, according to data from a marketing research firm.

The S&P index recorded 29 new 52-week highs and no new low, while the Nasdaq recorded 68 new highs and 10 new lows.

(Reporting by Medha Singh and Devik Jain in Bengaluru; Editing by Maju Samuel)