By Caroline Valetkevitch NEW YORK (Reuters) - The S&P 500 was down slightly in volatile trading while MSCI's gauge of stocks across the globe was barely higher on Wednesday, pausing after recent gains, while the dollar dropped to two-week lows. Major U.S. 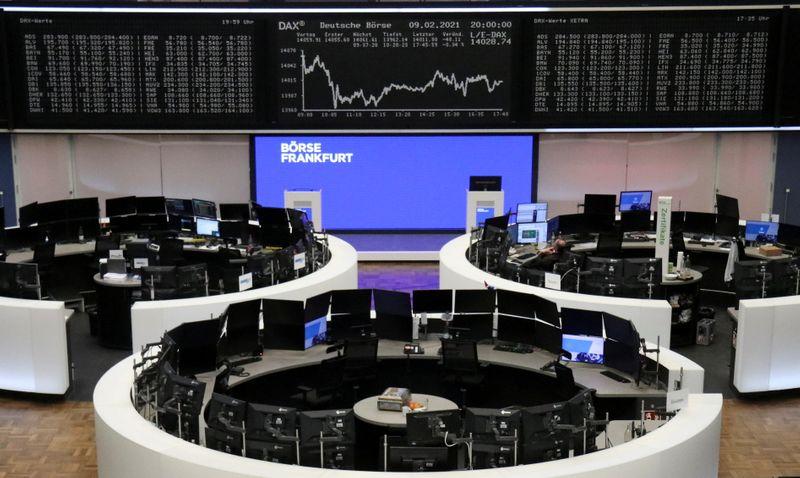 NEW YORK (Reuters) - The S&P 500 was down slightly in volatile trading while MSCI's gauge of stocks across the globe was barely higher on Wednesday, pausing after recent gains, while the dollar dropped to two-week lows.

Twitter Inc shares were up 7.8%, a day after the company beat Wall Street estimates for quarterly sales and profit and followed its social media peers to forecast a strong start to 2021 as ad spending rebounds from a rock bottom.

Bets on more fiscal aid have powered Wall Street's main indexes to a series of all-time peaks recently, with investors moving into sectors such as energy, banks and industrials that are poised to benefit from a recovering economy.

President Joe Biden said on Tuesday he agreed with a proposal by Democratic lawmakers that would send $1,400 stimulus checks to Americans earning up to $75,000 and households making up to $150,000.

"Although visibility isn't great into the future, the analysts are extrapolating that into higher earnings throughout this year than may be what folks had feared six months ago," said Eric Marshall, portfolio manager and head of research at Hodges Capital Management in Dallas.

Executives from Robinhood, Melvin Capital and Citadel Securities are expected to testify before a U.S. House of Representatives panel at a Feb. 18 hearing exploring trading turmoil in GameStop Corp and other stocks, according to a Reuters report citing two sources familiar with the matter.

Bitcoin, meanwhile, consolidated recent gains on Wednesday, trading 3.7% lower at $44,799. It hit a new high of $48,216 on Tuesday following Tesla's disclosure of a $1.5 billion investment in the virtual currency.

The dollar was weighed down by U.S. data showing tepid inflation.

Oil rose, extending its rally for a ninth day, its longest winning streak in two years, supported by producer supply cuts and hopes vaccine rollouts will drive a recovery in demand.