By Arjun Panchadar and Agamoni Ghosh (Reuters) - The S&P 500 and Dow Jones indexes stalled on Friday after a record run, as U.S. 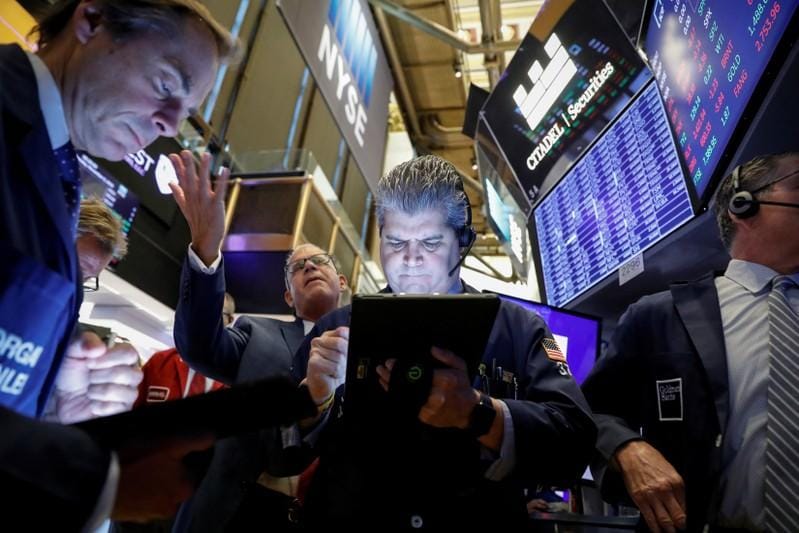 (Reuters) - The S&P 500 and Dow Jones indexes stalled on Friday after a record run, as U.S. President Donald Trump contradicted reports that the United States and China would roll back existing tariffs.

However, the tech-heavy Nasdaq gained on the back of a rise in shares of Microsoft Corp

The benchmark S&P 500 and blue-chip Dow had closed at all-time highs on Thursday after officials said both U.S. and China had agreed to roll back tariffs on each others' goods in a "phase one" trade deal if it is completed.

But Trump said on Friday he had not agreed to roll back the tariffs, although Beijing would like him to do so. The news sent all the three major U.S. stock indexes sharply lower, but later recovered.

"Let's not forget that in the past we have come so close to a trade agreement and at the last minute there has been a pullback," said Michael Geraghty, capital market strategist at Cornerstone Capital Group in New York.

"The president is very set in his way and the Chinese have their viewpoint too, so it seems it's going to take a bit longer for the trade deal to be nailed down."

Four of the 11 major S&P 500 sectors were trading lower, with the energy sector shedding 0.97%, making it the biggest decliner, as oil prices fell on Trump's comments before steadying. [O/R]

Still, the S&P 500 was on track for its fifth straight week of gains, while the Nasdaq was eyeing its sixth consecutive weekly rise, partly propelled by a rosy third-quarter earnings season.

Of the 446 S&P 500 companies that have reported results so far, nearly three quarters have beaten profit estimates, according to IBES data from Refinitiv. The numbers, to some extent, reflect significantly lowered analysts' forecasts.

Among other stocks, Gap Inc

(Reporting by Arjun Panchadar and Agamoni Ghosh in Bengaluru; Editing by Maju Samuel and Shounak Dasgupta)