By Noel Randewich (Reuters) - The S&P 500 fell on Tuesday as chipmakers were dented by ratings downgrades and utilities declined ahead of an expected Federal Reserve interest rate hike, offsetting a boost from the energy sector. S&P 500 financials , including interest-rate-sensitive bank stocks , dipped 0.38 percent ahead of the expected rise in interest rates by the Fed on Wednesday 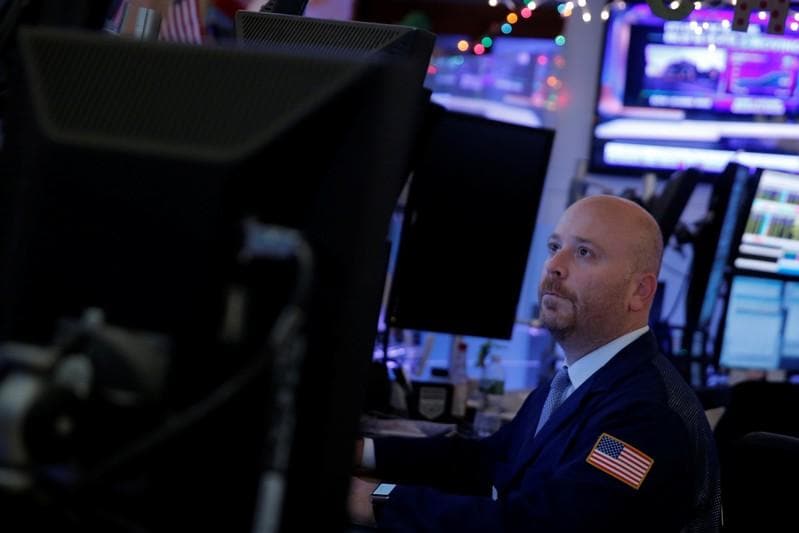 (Reuters) - The S&P 500 fell on Tuesday as chipmakers were dented by ratings downgrades and utilities declined ahead of an expected Federal Reserve interest rate hike, offsetting a boost from the energy sector.

S&P 500 financials <.SPSY>, including interest-rate-sensitive bank stocks <.BKX>, dipped 0.38 percent ahead of the expected rise in interest rates by the Fed on Wednesday. Utilities, which tend to be favoured in low-rate environments because of their solid dividend payments, <.SPLRCU> slid 1.22 percent

U.S. consumer confidence unexpectedly rose in September, bringing it closer to levels last seen in 2000, the Conference Board said, underscoring strength in the labour market and the overall economy.

The Philadelphia semiconductor index <.SOX> dropped 1.70 percent, weighing on the S&P 500 technology index <.SPLRCT>, after brokerages Raymond James and KeyBanc cut their ratings on a number of chipmakers. Intel

Buoyed by strong economic growth and deep corporate tax cuts, the S&P 500 has gained 9 percent so far in 2018. But five of the S&P 500 sector indexes are down year to date, including the consumer staples index <.SPLRCS>, down 5.6 percent. Consumer staples <.SPLRCS> on Tuesday lost 0.73 percent. The other six are higher, led by the technology index's <.SPLRCT> 19 percent rally.

"There are different stories for different sectors, it's a finicky little market," said Dennis Dick, a proprietary trader at Bright Trading LLC. "If you're a money manager, you have to be very careful about what you're buying."

Declining issues outnumbered advancing ones on the NYSE by a 1.20-to-1 ratio; on Nasdaq, a 1.00-to-1 ratio favoured advancers.

Volume on U.S. exchanges was 6.6 billion shares, just below the 6.7 billion average over the last 20 trading days.