By Tracy Rucinski and David Shepardson CHICAGO/WASHINGTON (Reuters) - Southwest Airlines said on Friday it is extending the cancellation of flights using 737 MAX jets from its schedule by another month as Boeing Co faces increasing hurdles in winning approval to return the plane to service before the end of this year following two fatal crashes. Last month, Southwest had extended the grounding of all 34 737 MAX jets in its fleet to Feb. 8 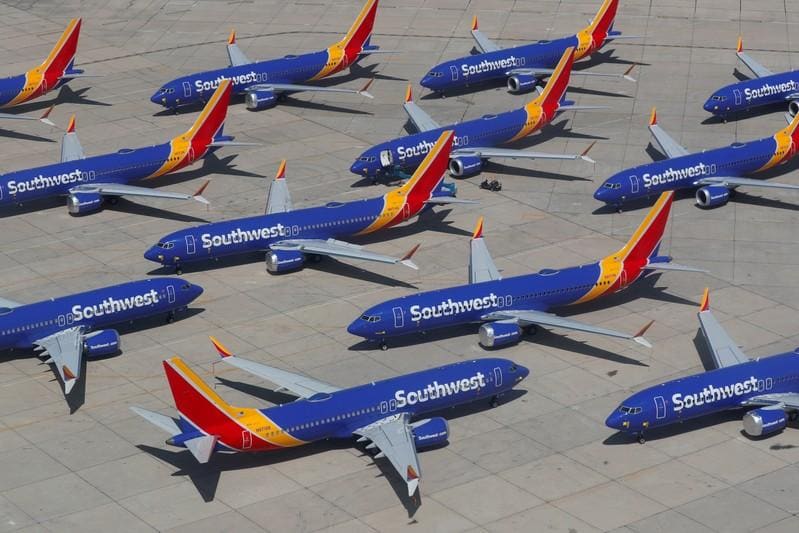 Last month, Southwest had extended the grounding of all 34 737 MAX jets in its fleet to Feb. 8. Southwest, the largest operator of the 737 MAX 8 jets, said it was now canceling flights through March 6 because of "continued uncertainty around the timing of MAX return to service" and added it is "unable to provide an update on first quarter capacity guidance at this time."

Reuters reported this week that U.S. and European regulators will need to return to Iowa to complete an audit of Boeing's software documentation after regulators found gaps and substandard documents. Boeing has confirmed it must submit revised documentation.

That has thrown into question when Boeing can complete a certification test flight. The Federal Aviation Administration has said it would not unground the planes until 30 days after that flight occurs. Two U.S. officials told Reuters it is extremely unlikely -- if not impossible -- that Boeing will be able to win approval to return flights to service before the end of December.

The 737 MAX, Boeing's best-selling plane, has been grounded since March after crashes in Indonesia and Ethiopia killed 346 people.