By Alexander Winning and Olivia Kumwenda-Mtambo JOHANNESBURG (Reuters) - South Africa will put on hold use of AstraZeneca's COVID-19 shot in its vaccination programme, after data showed it gave minimal protection against mild-to-moderate infection caused by the country's dominant coronavirus variant. 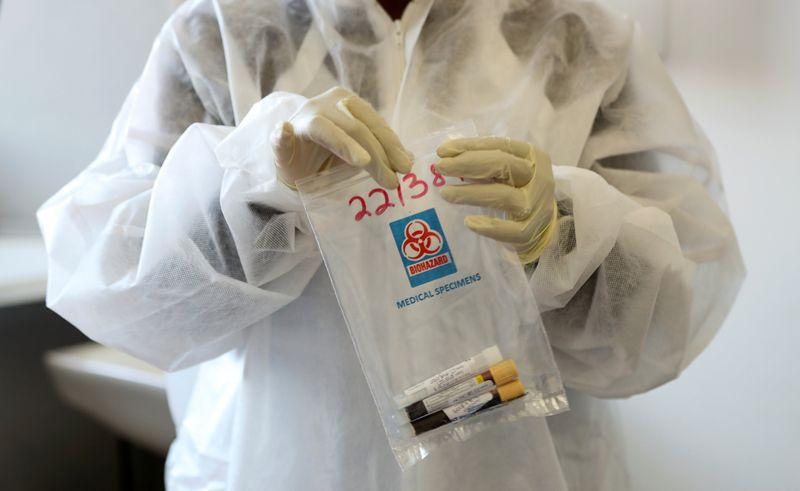 By Alexander Winning and Olivia Kumwenda-Mtambo

JOHANNESBURG (Reuters) - South Africa will put on hold use of AstraZeneca's COVID-19 shot in its vaccination programme, after data showed it gave minimal protection against mild-to-moderate infection caused by the country's dominant coronavirus variant.

Health Minister Zweli Mkhize said on Sunday that the government would await advice from scientists on how best to proceed, after a trial showed the AstraZeneca vaccine did not significantly reduce the risk of mild or moderate COVID-19 from the 501Y.V2 variant that caused a second wave of infections starting late last year.

Prior to widespread circulation of the more contagious variant, the vaccine was showing efficacy of around 75%, researchers said.

In a later analysis based mostly on infections by the new variant, there was only a 22% lower risk of developing mild-to-moderate COVID-19 versus those given a placebo. Although researchers said the figure was not statistically significant, due to trial design, it is well below the benchmark of at least 50% regulators have set for vaccines to be considered effective against the virus.

The study did not assess whether the vaccine helped prevent severe COVID-19 because it involved mostly relatively young adults not considered to be at high risk for serious illness.

AstraZeneca said on Saturday that it believed its vaccine could protect against severe disease and that it had already started adapting it against the 501Y.V2 variant.

Still, professor Shabir Madhi, lead investigator on the AstraZeneca trial in South Africa, said data on the vaccine were a reality check and that it was time to "recalibrate our expectations of COVID-19 vaccines".

South Africa hopes to vaccinate 40 million people, or two-thirds of the population, to achieve some level of herd immunity but has yet to administer a single shot.

It had hoped to roll out the AstraZeneca vaccine to healthcare workers soon after on Monday receiving 1 million doses produced by the Serum Institute of India (SII).

Instead, it will offer health workers vaccines developed by Johnson & Johnson and Pfizer/BioNTech in the coming weeks.

"What does that mean for our vaccination programme which we said will start in February? The answer is it will proceed," Mkhize told an online news briefing. "From next week for the next four weeks we expect that there will be J&J vaccines, there will be Pfizer vaccines."

Professor Salim Abdool Karim, an epidemiologist advising the government, said there needed to be a new approach to immunisations, given uncertainty about how effective current vaccines would be against the 501Y.V2 variant.

First a vaccine should be used in a targeted group to assess hospitalisation rates, and then if it proves effective in reducing hospitalisations it could feature in a wide-scale rollout, he said.

If it was not effective in reducing hospitalisations, individuals who had received it should be offered another effective vaccine, either a booster based on the variant or another vaccine, Abdool Karim added.

It was probable that South Africa would experience a third wave of infections when winter starts in around four months' time, Madhi said.

He added that it would be "somewhat reckless" to discard the 1 million AstraZeneca doses the country had received when there was still a chance they could protect against severe COVID-19.

Anban Pillay, health ministry deputy director-general, said the expiry date on the AstraZeneca doses was in April, but the government was speaking to the SII to seek an extension or exchange.

Madhi said South Africa might want to reframe its target group for vaccination. "It really needs to be centred around the prevention of severe disease and death from what will likely be a resurgence sometime soon."