Societe Generale to pay $1.4 billion to settle cases in the U.S. 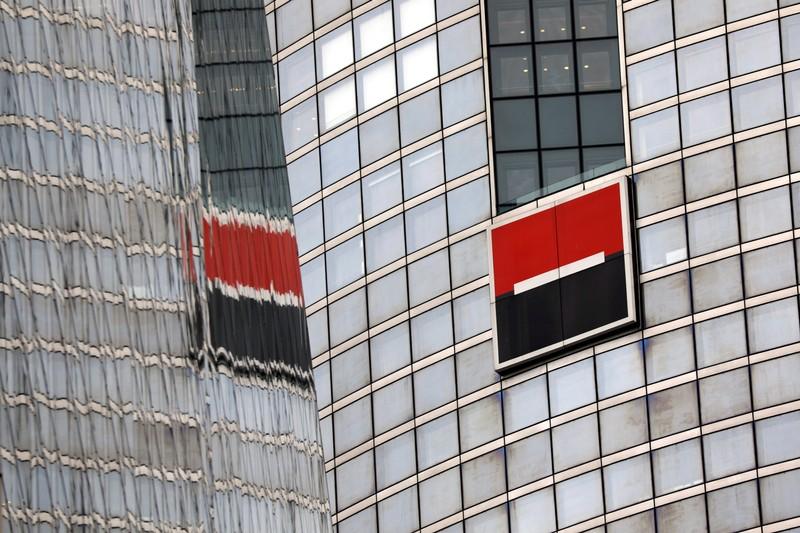 The bank agreed to pay $1.34 billion to settle investigations into its handling dollar transactions in violation of U.S. sanctions against Cuba and other countries, the bank and the U.S. authorities said in separate statements.

Additionally, the bank said it agreed to pay $95 million to settle another dispute over violations of anti-money laundering regulations.

SocGen, as the bank is informally known, has been dogged for more than a year by a series of costly legal disputes. The last case it said remained to be settled was the one related to dollar transfers made on behalf of entities in countries subject to the U.S. economic sanctions.

"We acknowledge and regret the shortcomings that were identified in these settlements, and have cooperated with the U.S. Authorities to resolve these matters," the bank's Chief Executive Frederic Oudea said in a statement.

"These resolutions, following on the heels of the resolution of other investigations earlier this year, allow the Bank to close a chapter on our most important historical disputes," he added.

From 2003 to 2013, the bank executed billions of dollars in illegal transactions to parties in countries subject to embargoes or otherwise sanctioned by the United States, including Iran, Sudan, Cuba and Libya, the authorities said.

The $1.34 billion in penalties is the second largest imposed on a bank for violating U.S. sanctions, according to the Manhattan U.S. Attorney's office.

SocGen has also signed deferred prosecution agreements, which provide that, following a three-year probation period, the bank will not be prosecuted if it abides by the terms of the agreements.

In a statement, the bank said the fine was entirely covered by the provision for disputes booked in Societe Generale's accounts and that the settlement would not have an additional impact on its results for 2018.

Societe Generale had a total provision of 1.58 billion euros to cover the financial cost the pending disputes could bring on its accounts.

In June, the bank had already agreed to pay $1.3 billion to authorities in the U.S. and France to end the disputes over transactions made with Libya and over the suspected rigging of Libor, a key interest rate used in contracts worth trillions of dollars globally.

As part of the process to settle the Libor case, the bank had agreed in march to let go Didier Valet, its deputy CEO in charge of investment banking activities, who was widely seen as a potential Oudea successor.

SocGen had already paid 963 million euros in mid-2017 to settle another dispute with the Libyan Investment Authority.

The deferred prosecution agreements are subject to court approval in the United States.