By Sheila Dang and Akanksha Rana (Reuters) - Snap Inc's Snapchat on Tuesday beat analysts' estimates for user growth and revenue, getting a boost from a better version of its Android app and the launch of new augmented reality photo lenses. The company said the number of daily active users rose to 203 million in the second quarter ended June 30 from 190 million in the prior quarter. The user metric was also up from 188 million a year earlier. 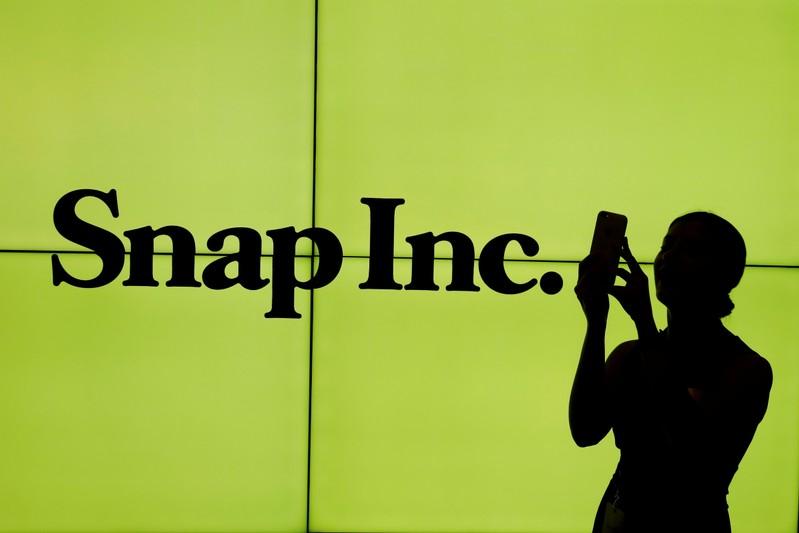 The company said the number of daily active users rose to 203 million in the second quarter ended June 30 from 190 million in the prior quarter. The user metric was also up from 188 million a year earlier.

The AR lenses, which are filters that can overlay everything from bunny ears to freckles onto a user's photo, went viral when it introduced a lens that let users switch their gender in photos.

After struggling last year with declines in users and high executive turnover, Snap finally returned to growth in the first quarter.

In recent months, it scored wins with its augmented reality lenses, launched mobile games within Snapchat in partnership with game developers such as Zynga Inc

"The popularity of these lenses drew millions of people into our rebuilt Android application, where they experienced the new and improved Snapchat that led to increased engagement," Chief Executive Officer Evan Spiegel said on the earnings call with analysts.

Snap's revenue, which it earns from selling advertising on the app, jumped about 48% to $388 million and beat Wall Street's average estimate of $359.7 million, according to IBES data from Refinitiv.

Of the 13 million daily active users Snap gained during the second quarter, 7 million to 9 million were from the new augmented reality lenses, Andersen said.

Analysts questioned whether Snap could retain the new users it gained from the lenses, during the earnings call.

Spiegel said the lenses not only attracted new users but re-engaged returning users.

It is unclear if Snap can continue having hits like viral lenses every quarter, "but if you can keep engagement going, that's the key," said Ron Josey, an analyst with JMP Securities.

Average revenue per user jumped more than 36% to $1.91 in the quarter.

Snap emphasized its investment in content on Discover, which increased the time spent on the app by 60% compared with last year, said Kamal Khan, an analyst at financial markets platform Investing.com.

"That trend will continue in the near and medium term, but just like Netflix, it’s betting a lot on content against rivals with much, much deeper pockets," he said.

Snap expects third quarter revenue in the range of $410 million to $435 million. Analysts on average were expecting revenue of $402.1 million, according to IBES data from Refinitiv.

(Reporting by Akanksha Rana in Bengaluru and Sheila Dang in New York; Editing by Anil D'Silva and Lisa Shumaker)