(Reuters) - Snap Inc beat analysts' quarterly estimates for revenue on Tuesday as it added more users to its photo messaging app Snapchat, helped by new features such as games within the app. The social media company said it had 210 million daily active users in the third quarter ended Sept. 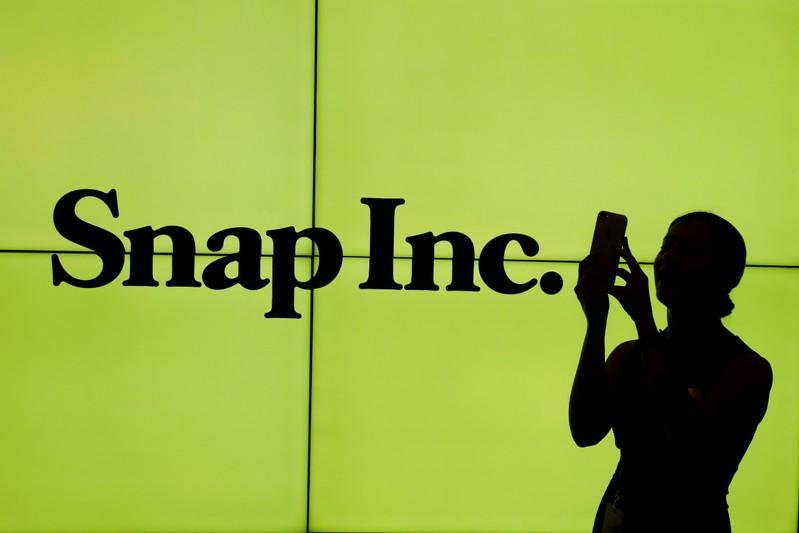 The social media company said it had 210 million daily active users in the third quarter ended Sept. 30, up from 203 million in the prior quarter. It had 186 million users in the year-ago quarter.

Soon after it was launched in 2011, Snap became an instant hit with younger users because of its quirky visual effects that allows them to change their gender in photos or add a dog filter on their face.

Snap Chief Executive Officer Evan Spiegel said in prepared remarks that the growth in businesses this year put the company "on a clear path to Q4 Adjusted EBITDA profitability."

Spiegel said now that the new Android app has been rolled out, the company is working to create a better user experience in its international markets, helping to contribute to the growth in daily active users.

Snap had rolled out a revised version of its Android app at the end of the first quarter in order to attract users in developing markets, where Android phones are more popular.

Revenue, which the company generates from selling advertising on the app, jumped about 50% to $446.2 million and beat an average analyst estimate of $435.05 million.

Average revenue per user jumped 33% to $2.12 during the quarter from a year earlier.

Excluding items, Snap posted a loss of 4 cents per share in the quarter. Analysts were expecting a loss of 5 cents.

Snap expects fourth quarter revenue in the range of $540 million to $560 million. Analysts on average were expecting revenue of $555.4 million.

(Reporting by Akanksha Rana in Bengaluru and Sheila Dang in New York; Editing by Shailesh Kuber)