Small is beautiful : Why banks are bullish on Tier II, III cities

When credit card companies began selling cards two decades ago, they used to have a call centre only for Mumbai, Delhi, Kolkata and Chennai. Local or toll free numbers will now have to include places like Coimbatore, Ludhiana, Madurai, Lucknow, Kozhikode, Bhopal and Nashik that are witnessing a significant surge in borrowing for consumption.

Banks (especially private ones) would have to pay more attention to the high demand for money in tier II and tier III cities in India. Besides a push from the Reserve Bank of India to expand the banking network to the hinterland, there is a strong business case now. 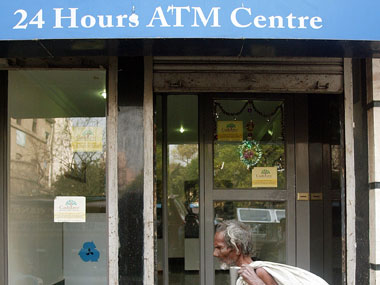 The RBI's mandate that one-fourth of new branches must be opened in rural and semi-urban unbanked regions means increasing demand for loans will now come from smaller towns as well. Reuters

These cities would be the main drivers of retail loans in India, says Crisil in a new report titled, "Retail loan products: opportunities and risks beyond the metros and mini metros."

Crisil says that despite the difference in volumes, higher profit margins can make smaller towns as attractive as metro cities.

The report covered 15 tier II cities that included Coimbatore, Ludhiana, Madurai, Lucknow, Bhopal, Nagpur, Nasik, Rajkot among others. These make up for 15 percent of the total retail loan demand in India.

The study takes five retail products like housing loans, car loans, two-wheeler loans, loan against property and gold loan. It then details the opportunities, competitive scenario and key operating metrics for each of these products.

In some of these cities growth prospects are so strong that the car loan demand might grow at 20 percent for the next couple of years against an expected Indian average of 13 percent. We have already seen how luxury cars from makers like Audi and BMW are finding buyers in places like Ludhiana and Nashik.

Banks would have to be careful though about the asset quality which could be a chief concern for choosing the right cities.

In terms of the competitive scenario, the two largest players are seen to have a strong grip over half of the total demand for loans against property in 2010-11. In some cities, they comprise 60 percent of total demand. In larger cities, they can only have around 35-40 percent market share.

The yield, on the other hand, is a little higher in smaller cities, especially in products like home and two-wheeler loans. For asset quality again, in 8 out of 15 cities, bad loans were comparable to all-India standards. This means, if chosen carefully, the fear of more loans turning bad is smaller markets could be successfully combated.

Shamal Saxena, head of retail banking products-India and South Asia at Standard Chartered Bank, said that demography and rising wages are helping the growth in retail credit though interest rates and inflation are also rising. The youth is ready to borrow to prosper and second-rung cities are contributing meaningfully to this growth. People there are shifting to organised bankers from unorganised lenders. Even HDFC Bank, which disbursed Rs 15,000 crore worth new retail loans in the first quarter this year, saw 50 percent of loans coming from tier II and III locations.

Yes bank, which intends to take its retail portfolio to 10 percent by the year end from the current 1 percent, will also open most branches in tier I and Tier II cities. The RBI's mandate that one-fourth of new branches must be opened in rural and semi-urban unbanked regions means increasing demand for loans will now come from smaller towns as well. Inclusion of smaller towns and gradually the rural areas into the organised banking foray will lead to the larger financial inclusion of all in the India growth story.