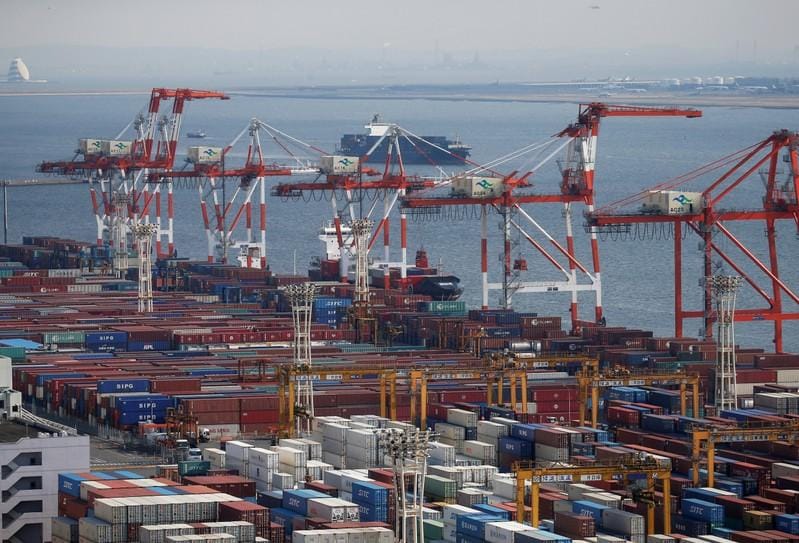 Exports have been a drag on the world's third-largest economy, weighing on factory output and threatening to undermine capital expenditure.

Exports in June fell 6.7% from a year earlier, Ministry of Finance data showed on Thursday, dragged down by declining sales of tankers, China-bound car parts and steel pipes. That compared with a 5.6% decrease expected by economists and a 7.8% fall in May.

The batch of gloomy data underscored expectations among some analysts that the central bank will roll out more stimulus at its policy review later in the month.

The economic strains showed no signs of abating as a lack of progress on U.S.-China trade negotiations and heightened global uncertainty weighed on corporate spending.

U.S. President Donald Trump and Chinese President Xi Jinping agreed last month to another truce in the year-long trade row between the world's two largest economies, but no deadline has been set for the negotiations to conclude.

Adding to global trade uncertainties, Japan is in a deepening row with South Korea after Tokyo curbed exports of some materials used to make high-tech equipment.

By region, Japan's exports to the United States rose 4.8% in the year to June, up for the ninth straight month, driven by semiconductor-making equipment and cars, the trade data showed.

The increased U.S.-bound shipments raise some concerns that Trump could pile pressure on Japan to curb its auto exports to the United States and open its highly-protected agriculture market to fix what he calls unfair trade imbalances.

Imports from the United States fell 2.5% in the year to June, causing Japan's trade surplus with the world's biggest economy to increase 13.5% from a year earlier to 669.9 billion yen ($6.21 billion), the data showed.

Asia-bound shipments, which account for more than half of Japan's overall exports, declined 8.2% in the year to June.