Silver claws back up as market looks past retail swings

By Eileen Soreng (Reuters) - Silver rose more than 2% on Wednesday on bets for a pick-up in industrial demand, regaining some ground following a sharp retreat from a near eight-year peak scaled with the help of a social media-inspired buying frenzy. 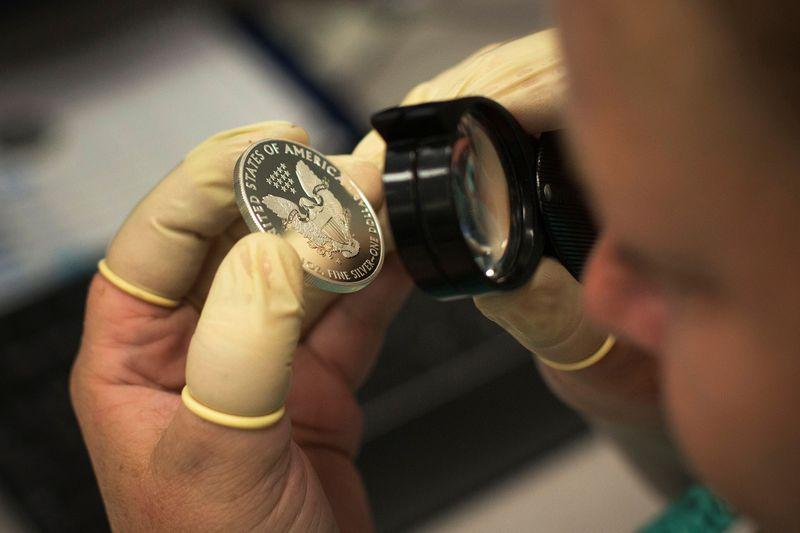 (Reuters) - Silver rose more than 2% on Wednesday on bets for a pick-up in industrial demand, regaining some ground following a sharp retreat from a near eight-year peak scaled with the help of a social media-inspired buying frenzy.

The recent moves have attracted a lot of new interest in silver, "not necessarily Reddit investors, but just people out there looking at silver as an undervalued asset," said Bob Haberkorn, senior market strategist at RJO Futures.

"There is an increased physical demand for silver at this point."

Prices surged to $30.03 on Monday after retail investors attempted to replicate a GameStop style rally. The buying spree left silver dealers scrambling to find supplies of coins and bars.

The frenzy fizzled, partly after the Chicago Mercantile Exchange hiked margins for holding silver futures to rein in the market gyrations.

Analysts expect some volatility to continue.

While silver moves in tandem with safe-haven gold under normal circumstances, it also closely follows economic cues because of its industrial applications.

A weaker dollar and expectations of strong economic activity, amid easy monetary policy globally, make "a strong argument to see higher silver prices," and the recent buying frenzy "made it much faster than expected," UBS analyst Giovanni Staunovo said.

(Reporting by Eileen Soreng and Shreyansi Singh in Bengaluru; Editing by Sonya Hepinstall and Steve Orlofsky)