By Herbert Lash NEW YORK (Reuters) - The dollar traded little changed while equity markets added to a year-end rally on Monday, with both a gauge of stock performance worldwide and Wall Street hitting new highs amid renewed optimism over U.S.-China trade and growth prospects. China's finance ministry said it will lower tariffs on products ranging from frozen pork and avocados to certain semiconductors next year as Beijing looks to boost imports amid a slowing economy and a trade war with the United States. 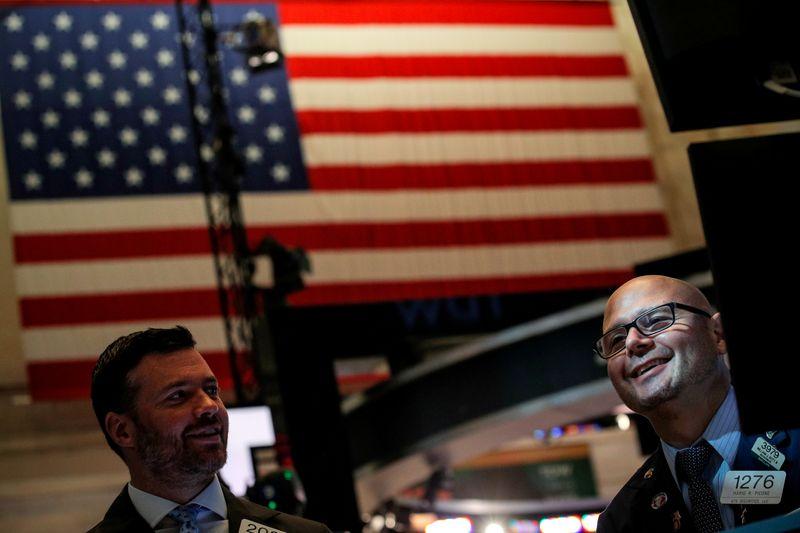 NEW YORK (Reuters) - The dollar traded little changed while equity markets added to a year-end rally on Monday, with both a gauge of stock performance worldwide and Wall Street hitting new highs amid renewed optimism over U.S.-China trade and growth prospects.

China's finance ministry said it will lower tariffs on products ranging from frozen pork and avocados to certain semiconductors next year as Beijing looks to boost imports amid a slowing economy and a trade war with the United States.

China will implement temporary import tariffs, which are lower than the most-favored-nation tariffs, on more than 850 products, an increase from 706 products that were taxed at temporary rates in 2019, the ministry said.

MSCI's all-country world index has risen more than 3% in December as U.S.-China trade tensions eased and confidence grew that Britain would avoid a chaotic exit from the European Union. The index is up 23% in 2019, set for its best year in a decade.

"It's a rally being based upon momentum buying now. Stocks are being marked up, and it will continue right up until year end," he said, referring to the U.S. equity market.

The Dow was lifted by a 2.9% gain in shares of Boeing Co

Shares in Europe traded near break-even, with the pan-European STOXX 600 index <.STOXX> closing down 0.03%.

The blue-chip FTSE 100 index <.FTSE> in London rose 0.54% to a five-month high and ninth straight gain, its longest winning streak since May 2017.

In France, the CAC 40 index <.FCHI> gained 0.13% but the trade-sensitive Deutsche Boerse DAX <.GDAXI> fell by the same amount. The index has gained steadily since September as the prospect of a Sino-U.S. trade deal improved.

Chinese stocks posted their worst single-day drop in six weeks, weighed down by a correction in tech shares after a state fund announced plans to cut its stakes in some chip makers.

The dollar held near a two-week high against a basket of currencies, while sterling fell on concerns over the British government's hard line on Brexit talks.

The dollar, which benefits when the U.S. economy outperforms others, as well as during bouts of risk aversion due to its safe-haven status, has been supported since Washington and Beijing came to an interim trade agreement earlier this month.

U.S. Treasury yields were little changed to slightly lower in generally thin trading as markets headed into the end of 2019.

Details of the Commerce Department report were not as soft as the headline suggested, analysts said, lifting yields off their lows.

Oil prices edged higher as Russia said a producer group led by the Organization of the Petroleum Exporting Countries may consider easing output cuts next year, helping cap optimism that the U.S.-China trade deal will be signed soon and spur demand.