(Reuters) - The U.S Securities and Exchange Commission has launched an investigation of Exxon Mobil Corp , following a whistleblower complaint that the oil major over-valued a key asset in the top U.S. shale field, the Wall street Journal reported on Friday. 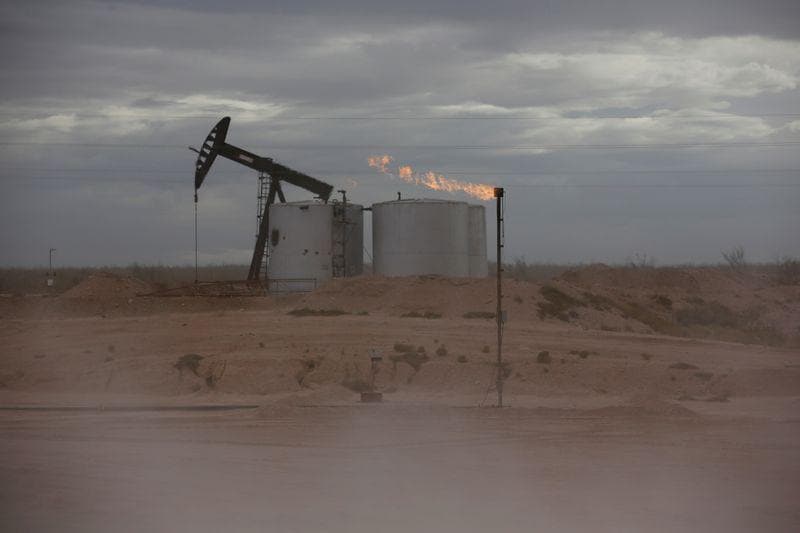 (Reuters) - The U.S Securities and Exchange Commission has launched an investigation of Exxon Mobil Corp , following a whistleblower complaint that the oil major over-valued a key asset in the top U.S. shale field, the Wall street Journal reported on Friday.

Exxon Chief Executive Darren Woods has pinned much of the company's growth prospects on the Permian Basin in Texas and New Mexico, and two years ago pitted the company against rival Chevron Corp in a race to reach 1 million barrels of oil and gas per day in the field. The Exxon target grabbed the spotlight on the day Chevron was meeting with investors and analysts to make its own Permian case.

Woods told investors that Exxon could earn a double-digit returns in the Permian, even at $35-per-barrel oil.

Several people involved in valuing the Exxon Permian asset during an internal assessment in 2019 said employees were being forced to use unrealistic assumptions about how quickly the company could drill wells there to arrive at a higher value, the report said. (https://on.wsj.com/2LzpVjX)

Exxon and the SEC did not immediately respond to Reuters requests for comment.

Some Exxon managers in 2018 had initially pegged the net present value of the Delaware Basin in Permian at about $60 billion, the Journal reported in September.

But a few employees involved in Exxon's annual development planning estimated the value was closer to $40 billion in 2019, the WSJ report said.

When employees delivered the new number, they were asked to "claw back" some of the lost value by using different assumptions, including a more optimistic "learning curve" that estimated the rate at which they would improve drilling times, the report said, citing the whistleblower complaint.

Some employees objected to using the new learning curve, which they viewed as unrealistic, it said. The value was ultimately adjusted to about $50 billion, the report added.

At least one employee who complained was fired last year, the WSJ said, citing a person familiar with the matter.

The largest U.S. oil producer posted losses in the first three quarters of 2020 on an ill-timed spending increase that collided with a downturn in fuel demand and prices. To cope, the company has cut employees and project spending.

Exxon slashed 2020 spending in the Permian to about $3 billion from an original $7.4 billion budget, and said it would cut the number of drilling rigs working there from 55 to 15 or fewer.

Last month, Exxon also signaled a writedown of up to $20 billion, mostly related to its natural gas properties.